Theories about JFK's assassination, but his death remains a mystery

World would've been better place if ex- US president not killed 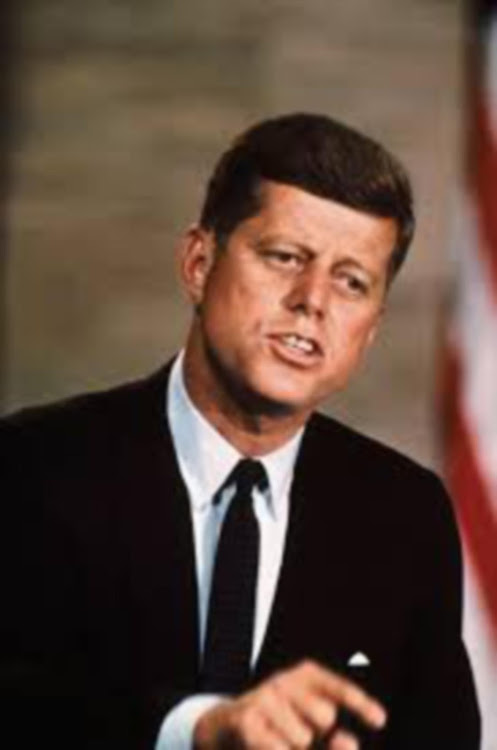 Fifty-eight years ago in November 1963, US president John F Kennedy was murdered in a conspiracy that continues to haunt America. Out of his untimely death the legend of Camelot was born, part of whose greatness could never be taken away from him.

We as living human beings owe JFK a sense of gratitude. It was his decision not to attack Soviet nuclear missiles in Cuba that prevented a global nuclear holocaust, which could have destroyed the human race. Under pressure from his generals to launch a nuclear attack on the Soviet Union, JFK stood firm and said no.

Had he listened to his advisers, I would not be writing this opinion and you most certainly would not be reading it. He made it clear that in the aftermath of an immense nuclear conflict, the living will envy the dead. Historians credit JFK’s legacy to a combination of supreme skill and vision. Had he lived, the world would be a much safer place today.

It's been clearly evident for decades that the American public, and the people of the world, do not believe that Lee Harvey Oswald killed JFK. The belief is well founded. The evidence is on their side. It is the side of truth.

Despite this fact, television and radio networks and major magazines refuse to publish the truth. The magnitude of this cover-up alone reveals the power and scope of the conspiracy that brought about the death of JFK.

JFK was far from perfect in his personal life or in some of the decisions he made as a president. However, unlike most presidents, he had some good ideas and planned to enact them.

Since November 22 1963, there have been more than  2,000 books, dozens of television programmes and countless movies filled with theory, conjecture and myth as to why JFK was gunned down in broad daylight on a downtown street in Dallas, Texas.

Until now, no-one has been able to prove anything other than the fact that the FBI and the CIA did little to help the Warren commission, a select group of bureaucrats with an agenda of lies.

Denials, false sponsors, and government cover-ups continue to reign supreme. The last attempt was the assassination records review board, five scholars appointed by then president Bill Clinton. The review board, while powerless from a judicial standpoint, appears credible yet “controlled”. Its mission, to quote the chairman, is to “convince the Americans that the government is not withholding any documents from the public”.

Professional assassins do not take notes or leave documents behind. The real proof is in the evidence gathered after the crime. The world will never know who the persons were that gave the “official” orders to kill JFK, for those persons are either already dead, close to death, silent in fear of death, or they chose to remain silent until death.

One of the primary reasons JFK was assassinated had to do with the fact he dared to interfere in the framework of power. Had he lived, the US and the world at large, would have been a much safer place for mankind. Donald Trump tried to interfere with the secret wielders of global power, and they made sure he was removed from office.