Ideals of SA’s founding fathers need to be protected 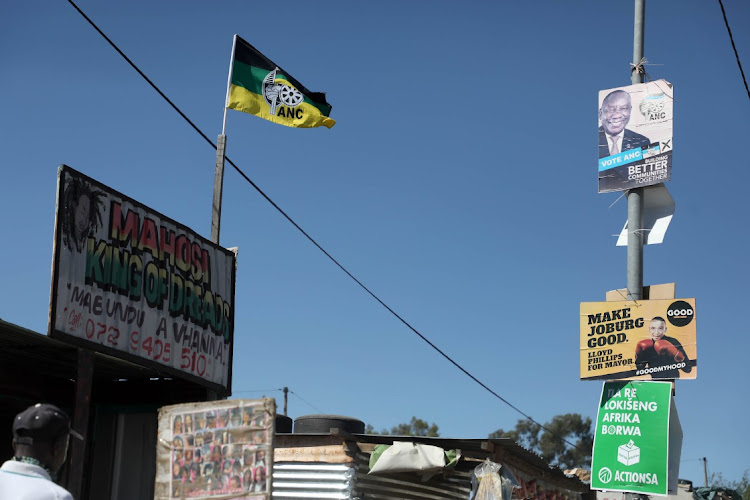 Public participation in the budgets of municipalities is not a privilege decided by the benevolence of political parties, it is a legislative mandate.
Image: Antonio Muchave

The one thing we South Africans can be proud of is that we had founders who believed in humanity.

The permeating vein in policies of governance resonate with humanism, and for some of us who had a small opportunity to interact with boNtate Govan Mbeki as he led the commission on aspects of local government, it was clear to us, as it remains clear now, that they crafted policies that are permeated with “good for all”.

There came a time for me to propose that maybe the great concepts crafted by the founders of our democracy deserve protection. For me the best way of doing so would have been for all South Africans to acknowledge the good in them. How one separates such from the current despondence with the ANC is unfathomable.

It could be that the ANC has done such great work for humanity that as an organisation part of it could be “entombed”, fortified for generations to come. That the challenge should for all of us should be how we achieve the standard our forefathers had set us. The competition should be of equals, with no-one claiming the sacrosanct values already lauded by all right-thinking persons, including international human rights organisations.

That, for me, remains the difficult relationship I ruminate on about an organisation I believed in and the lived experiences of our municipality armed with policies rich with humanity. The recent local government elections are a startling example of the sadness of it all. Bittersweet, one might say. I don’t know how history becomes bittersweet, because history is generational.

The generation that toiled to change for good leaves an indelible mark, and the misinterpreters who succeed sometimes live in glorious, putrefied ignorance. Around 1984 I was part of a group of young people who attended a workshop organised by the late bishop Stanley Magoba of the SACC at Koinonia at Inanda in the Valley of a Thousand Hills.

Coming from Itsoseng, where I was a prosecutor in Bophuthatswana, I was focused on working for peace in SA. In the company of guys like Oupa Mokgothu (now a Methodist clergyman), and Ronald Lamola, an academic, we travelled by night to Pietermaritzburg for this mind-opening youth discussion.

I think about eight of us in a Golf, contorted in this small car for some 700km to and from Itsoseng. I remember we had some intense discussions on the powers of local government - whether provinces should have more powers than district council.

How we were to ensure that public representatives were accountable to local people. It was the birth of engagements with local government discussions and I am certain some of the ideas found their way through the SACC into policy development. A great experience, where our views were later to be elicited by each one creating a button with a message.

The one thing we cannot fault the ANC founders on was the platform to create policies for achievement of “humanism”. In those years I was a part of the commission wherein we had guys like Bulelani Ngcuka, Johny De Lange, former ministers like Kader Asmal and Zola Skweyiya, who had mountains of experience on constitutionalism.

I was a member of the Mahikeng ANC Northern Cape region. Engagements on various issues, including the number of provinces, were thoroughly debated.

I had a strong conviction that a South Africa divided into nine provinces was a reintroduction of the homeland system. Having lived under the Lucas Mangope regime, I was dead opposed to tribal politics. Asmal encouraged me to write about I how weak provinces would be denied developmental opportunities while strong lobbies would take it all. How the South African education system would be distorted, with some children not receiving the best due to lack of resources. I remain convinced that some of the arguments still hold.

My views were clear, we needed strong district government, closest to the people, provinces that are weak co-ordinating structures, with an administrator, and a strong unitary state that ensures equity to all in our great South African nation.

I am of the view that as a result of the architects of our democracy even current coalitions cannot shake our local government system as we respect the rule of law.

The whole national consternation on recent elections has clear repercussions on the political alignment of SA. It is a sign of the times. For some of us who had strong convictions that local government was a tool of liberty, we see the breaking of dawn.

I do not wish to be academic about the implications of coalitions in local government. For me, the debate is as much a debate on whether we still have parliamentary sovereignty or constitutional supremacy, a topic that almost gained interest during Judicial Service Commission interview process but remains woefully unaddressed.

Our local government policy is firmly legislated and in my view is anchored on three pillars. The first is that the law provides that delivery of services is led by community participation. The law therefore provides that before a municipality prepares an Integrated Development Plan (IDP), there must be community participation. This is then made into law, and the IDP then becomes law. Implementation is by administration, whose performance is also legislated.

Community, plan and implementation, all of which have the force of law. The law then provides for a number of checks and balances, one of which is that the adoption of the IDP that informs the municipal budget must be open to the public. The public participation is not a privilege decided by the benevolence of political parties, it is a legislative mandate. It was therefore stomach-turning to listen to leaders of the ANC using what is a mandated legislative instruction as an election campaign tool. This simply means the legislation worked so hard for by the founders is gathering dust in drawers.

The National Treasury can only release a municipal budget on adoption of an IDP, which is a five-year programme. Once adopted, the only other balance of administration left is implementation of the IDP. Failure to spend monies in terms of the IDP is reportable on a monthly basis and must be overseen by both province and the National Treasury.

This is in terms of the Division of Revenue Act, which regulates the division of revenue in tiers of government. I remain dumbfounded at the argument that a “coalition” of whatever nature can stop this from happening without intervention by the National Treasury as a last resort after the province has exercised its authority to direct budget spending. No matter how many votes a political party has, once a budget on water provision is allocated, it must be spent for such.

Actually, an IDP has no political colour by its very origins. Each ward in a municipality identifies needs and presents them after consultation with political parties and officials of a municipality. I cannot imagine my next door neighbour stating that because they are Freedom Plus members, they don’t need waste collection in order to support their own politically imagined philosophical standpoint. Service delivery is service delivery - it has no politics.

Our law then provides for political oversight. This is where coalitions play an important role. An IDP is a five-year programme informed by communities. I find it a bit difficult to understand where the needs would be coming from if not from communities of the municipalities. The law is also very clear that efforts must be made to ensure reasonable access to all basic services rights, which are entrenched human rights. So, an IDP informed by a constitutional mandate cannot put a budget for bicycle pathways over water provision in Alexandra township. I mean one is a human right and the other not. The tug of war among political parties is dominant at this stage, but subject to the supremacy of the constitution. If Chapter Nine institutions, including the auditor-general, has finger on the pulse, this should by and large be a matter that is manageable. My cautious view is therefore that the current coalitions might ensure we go back to work and implement what our social contract provides.

• Ramphele is an attorney in Pretoria

ANC is not all bad, or all good, it is fallible

The South African political landscape changes with every election. More and more voters are giving political parties a mandate that they would prefer ...
Opinion
3 weeks ago

The local government elections were always characterised by low voter turnout. However, the voter turnout in the 2021 polls were drastic and will ...
Opinion
3 weeks ago

With the local government elections done and dusted last week, the public focus now moves to the all important task of constituting governments in ...
Opinion
3 weeks ago
Next Article