Let's reject misogyny in all its forms 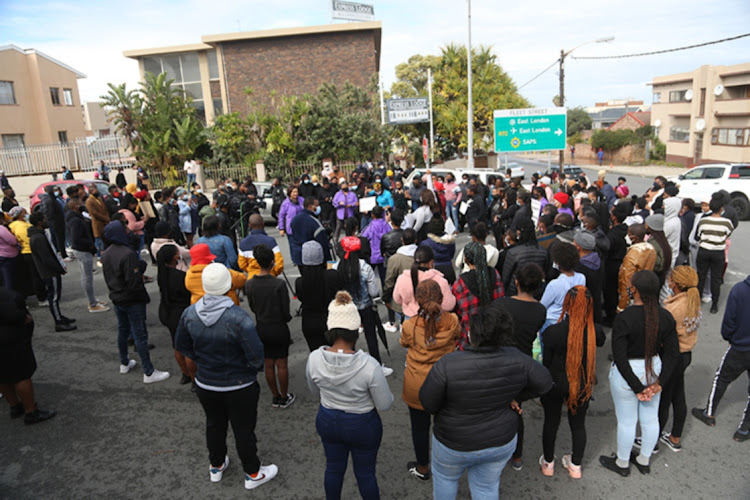 AUGUST 20, 2021 Dozens of locals including friends and fellow students of Nosicelo Mtebeni in Quigney to call for action against gender based violence.
Image: Mark Andrews

Today, a man will appear in court in East London, Eastern Cape, for the murder of his girlfriend.

The body of 23-year-old Nosicelo Mtebeni was found dismembered and stuffed in a suitcase in Quigney on  Thursday last week.

Next to the suitcase was a black refuse bag also containing some of her body parts.  They were placed outside her 25-year-old boyfriend’s flat.  Inside the flat, police found more body parts.

Mtebeni was a final year law student at the University of Fort Hare.

A heinous and unspeakable crime, her murder has shocked the nation and yet again sparked outrage over the ongoing war against women in SA, in particular by intimate partners.

On Friday, police released crime statistics which revealed that at least 10,006 cases of rape were registered between April and June. And those are just the reported ones.

Every year these violent crime statistics demonstrate that ours is one of the most dangerous places in the world for women to live.

The reason behind this is not hard to understand. It stems from a culture that pays lip service to the principle of equality on the one hand but inherently believes that women and girls are inferior beings who ought to be dominated – violently, if they resist.

While this abhorrent culture is not unique to SA, it is perhaps far more emboldened here because even when it manifests itself in violence, there are often no consequences for perpetrators.

Higher education minister Blade Nzimande has expressed sadness at the brutal killing of Nosicelo Mtebeni, 23, a fourth-year LLB student at the ...
News
5 months ago

Instead, in its quest to justify or minimise the actions of violent men, our society often tends to shift focus to question the behaviour of victims, suggesting, absurdly, that their very existence may have triggered violence from their attackers.

By so doing, not only do we shield perpetrators from accountability, we promote a society where women live in fear and under the violent domination of men.

As a nation, we have a moral responsibility to collectively reject this as completely unacceptable.  We must call out and reject misogyny in all its forms. We must strengthen law enforcement mechanisms to hold perpetrators accountable.

Importantly, we must provide safe spaces where victims of gender-based violence are protected and empowered to pursue a better life.

We need revolutionary music where women, queer community are respected

Much like sport or movements, music often carries with it a culture. We see it in the bucket hats and Dickies jumpsuits sported by early day kwaito ...
Opinion
5 months ago

Religion and culture has been touted as the source of gender inequality and oppression for most women in Africa.
Entertainment
6 months ago
Next Article