Black Consciousness relevance is clearer today than ever before 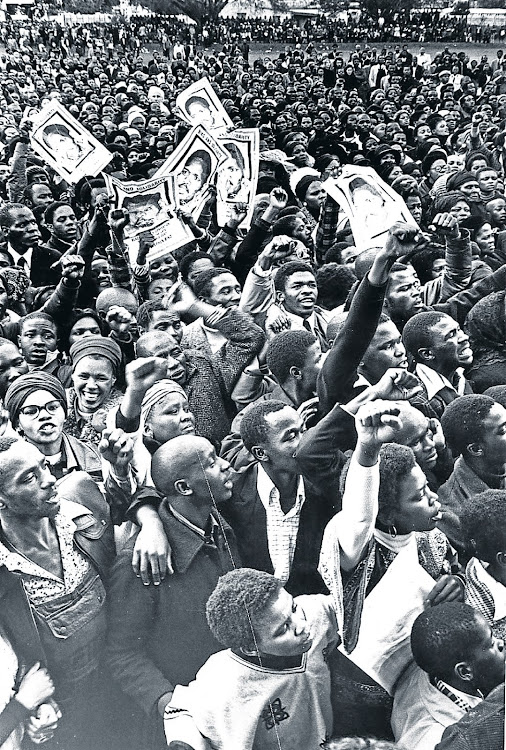 The article by Xolani Manqcu (Sunday Times 15 August, 2021) – “Black Consciousness would not have given us thugs in suits”– is the freshest breath of clean air in recent times.

It is however interesting that in his book Long Walk to Freedom Nelson Mandela has this to say about Black Consciousness: “These concepts were not unfamiliar to me: they closely mirrored ideas I myself had held at the time of the founding of the ANC Youth League a quarter of a century before.

"We, too, were Africanists; we, too, stressed ethnic pride and self-confidence; we too rejected white assistance in the struggle. In many ways, Black Consciousness represented the same response to the same problem that had never gone away.

"But just as we had outgrown our Youth League outlook, I was confident that these young men would transcend some of the strictures of Black Consciousness. While I was encouraged by their militancy, I thought that their philosophy, in its concentration on blackness, was sectarian, and represented an intermediate view that was not fully mature.

"I saw my role as an elder statesman who might help them move on to the more inclusive ideas of the Congress Movement. I knew also that these young men would eventually become frustrated because Black Consciousness offered no programme of action, no outlet for their protest.

"Although we viewed the ranks of the BCM as a fertile ground for the ANC, we did not attempt to recruit these men.”

On the other hand Steve Biko’s take is in the words: “Who are the leaders of the black world then if they are not to be found in the apartheid institution? Clearly, black people know that their leaders are those people who are either in Robben Island or in banishment or in exile – voluntary or otherwise."

People like Robert Sobukwe, Mandela, Walter Sisulu and many others will always have a place of honour in our minds as the true leaders of the people. It is therefore a little awkward for me that Mangcu can write that “People such as Mandela and Biko left us a republic…”

The fact that Mangcu and many others have recently been punting Black Consciousness is clear proof that BC is not an idea that will die as Mandela implies in the quote above. However, one can hardly find anyone punting "reconciliation" these days.

Monopoly capital is not reflection of colour but bourgeoisie class

There is a deliberate attempt by elites in the post-colonial African state to shift the blame for their corruption and maladministration, to the ...
Opinion
11 months ago

This is despite the fact that BC was conceived in the dying '60s (and can trace its origins to the '40s) whereas reconciliation was brought up only in the rising '90s. Unlike Biko, Mandela had a mandate of the majority of the people in SA, the power inherent in such mandate, the budget to fund projects, for a solid five years but there is no tangible effect of people’s upliftment in all those years.

And with all who shared his thinking, holding on to the mandate for over 27 years, a greater majority of black people are poorer than they ever were. Healthcare is in tatters, security is zero, schooling for the majority is chaotic. Clearly, "the more inclusive ideas of the Congress Movement" have left us with a failed state in 27 years of running the country's affairs.

Whereas with no budget, Biko built a clinic, engaged in community projects that kindled self-reliance, organised scholarships, had a leadership formation school – all these as a strategy to defy and counteract oppression.

The result of which are captured in Mangcu’s words: “But, lest we despair, we should also remember that the black community had given up hope when Biko and his comrades emerged to rescue us from the doldrums.”

While no-one can tell whether Biko could have been corrupt under different circumstances or not, his authentic disciples who have had opportunities as cabinet ministers left with no scandal, no corruption ever reported. Neither did they convert to the "congress" despite the temptation of luxuries offered by such position, instead a legacy of SALT was left in the science and technology department.

Interestingly, such authentic disciples have not been "frustrated". Others have been at the helm of huge enterprises that have performed exceptionally well, creating wealth and contributing hugely to the GPD of SA. Yes, Black Consciousness "would not have given us thugs in suits".