Late editor used the might of his pen to fight apartheid

Klaaste built a nation through Sowetan 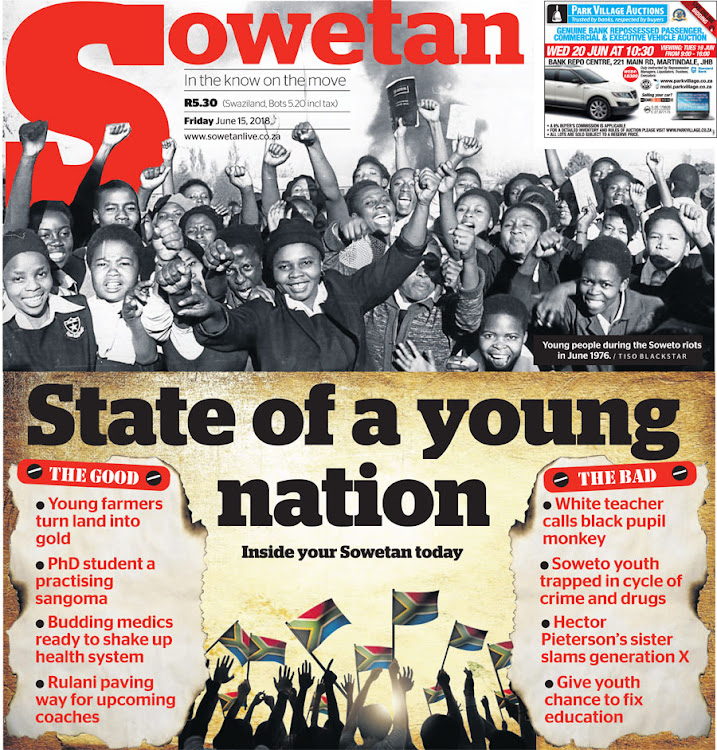 “It is one thing to take advantage of opportunities, it is quite another to create opportunities where there are none,” retired IFP president Prince Mangosuthu Buthelezi once said.

The Sowetan newspaper’s 40th anniversary does not only bring into focus the countless ways it exposed the evils and draconian laws of the Nationalist Party, but challenges its readers and the current legion of journalists to reflect on what role each could play as a reader and journalist. The point of departure is how its long-serving journalist and editor Dr Aggrey Klaaste utilised the power of his pen to fight apartheid and succeed as a social activist.

When he took the editorship reins in 1988, SA was in flames. Black-on-black violence, necklacing and no-go areas in the townships characterised the political violence, fuelled by the third force that engulfed the country. In those days, going to work or wearing the “wrong” colours could be a death sentence.

Klaaste had the insight to understand that the greatest challenge would be life after apartheid had been vanquished. He questioned himself about the unprecedented challenges that would face the new SA and longed for a lasting solution. Nation building was his response to the dilemma that many grappled with as to how to heal and take the country forward.

His observations inspired him to say: “Black society was in tatters, the moral structure was destroyed. I looked at other African countries ... all were in a mess. People were not skilled to run their countries."

Klaaste yearned for a SA free from the chains of racism, inequality, oppression, poverty and bloodletting. He wanted harmony among different race groups and true reconciliation among rival political parties.  He understood that for SA to move forward, we all have to play our part and not expect government to do everything. He might have foreseen the culture of entitlement would have on our societies, especially black communities. His nation-building awards included teachers, young leaders and parents. He knew and believed that these people are ubiquitous.

He secured funding from big corporations for his nation-building initiatives which included recognising unsung heroes and the choral music competitions, the latter which he used to revive African humanism (ubuntu-botho). He understood that without a proper African structure and socialisation in raising a child, there will be no future.

These leaders supported his nation-building initiative and like him knew that the greatest challenge was not based on destroying apartheid, but in building a free society where a people would be judged on their contributions to society and not by political affiliation.

He encouraged his readers and young people alike to read extensively, understanding that a person who does not read is a lifetime prisoner serving a sentence in jail without walls.

Klaaste deserves more than just a mention during this publication’s anniversary; the contribution he made in decolonising the mind and promoting self-worth is immense. An award should be named after him to recognise the unsung heroes and heroines who are building this nation.

Sowetan should take this challenge because developing SA is far from being over! Klaaste took advantage of this well-chiselled door of opportunities in journalism during trying times when apartheid and black-on-black violence were at their peak.

During the nascent stage of his nation-building project, Klaaste in his weekly column “On the Line”, dated April 25 1988, wrote: “I’m preparing the ground, so to speak for the seed of an idea. I hope to plant it in the not-so-distant future.”

Indeed, some people can make lemonade out of a lemon as he exceptionally did it and the nation drank!

• Nkosi is a Durban-based freelance journalist

Fight to keep Sowetan what it has always been, a paper for the people

My first stint at Sowetan was in the early 1990s as a trainee at the Argus Cadet School at The Star building in Sauer Street, central Johannesburg, ...
Opinion
11 months ago

Congratulations on the 40th birthday of Sowetan. Its evolution has been over many years. I first became aware of Bantu World through my father, who ...
Opinion
11 months ago
Next Article