Defaulting on insurance can come back to bite you 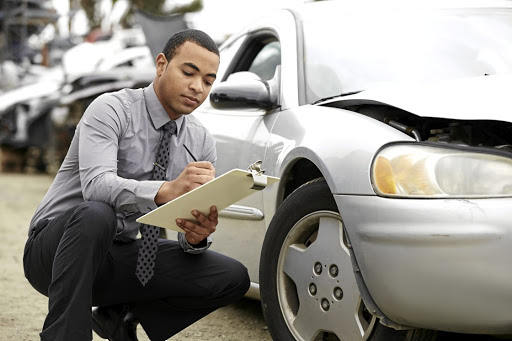 Paying your tracking service will help you in the long run in case of car theft or hijacking. Make sure your premiums are up to date. Let the tracking company know if you are going to default on payment.
Image: 123RF

Is cancelling or defaulting on your car insurance policy or tracking service payment a risk you can afford to take?

It's a harsh reality, especially in this extraordinary no-fault crisis, but if you default on your payments without coming to an arrangement with the company concerned, you're exposing yourself to big, bad consequences.

Phillimon Monakedi knows that all too well. He let the insurance policy on his car lapse because, like so many people, he hasn't had an income since March.

He also hadn't paid his R152 monthly tracking fee to Cartrack since then.

And then disaster struck. On July 12, his car was hijacked in Lenasia while in his niece's possession. He contacted Cartrack and asked them to track and recover the vehicle, but didn't get the answer he was looking for.

"They told me they wouldn't do it for free because I hadn't been paying them, and that I must pay them the full recovery fee of R25,000 if I wanted them to recover the car," he said.

He didn't have access to that amount of money and had no insurance policy to claim on, so he felt utterly helpless, while continuing to get SMS alerts from Cartrack about the movements of his stolen vehicle.

I took up the case with Cartrack on his behalf. While accepting that the company had a legal right to respond as it did, I asked if they would consider recovering the car for Monakedi anyway. They did.

A delighted Monakedi sent me an e-mail a day later, saying his car had been recovered and was at the SAPS pound in Lenasia.

Contact your insurer about your 'new normal' in lockdown & are those rave reviews for real?

If you’ve started conducting a business from home as a result of the Covid-19 lockdown, contact your insurer to tell them of your changed ...
News
1 year ago

He sent me photos revealing that the white Toyota Corolla Quest was cosmetically a bit worse for wear - missing emblems, wheel covers and door panels, and with a battered back door - but still drivable.

"Our subscribers pay a monthly subscription fee in exchange for all services we provide, including stolen vehicle recovery.

"When a subscriber doesn't pay for two months or more the services are suspended, as is the case with insurance cover, which is stopped if the premiums are not paid," he said. In the event of a subscriber's account being in arrears, we would still recover a stolen vehicle, at a charge of R25,000 which is a contribution to our recovery costs."

Monakedi's account was not in good standing, being in default for three consecutive months, with a history of late payments, Louw said.

"We repeatedly interacted with Mr Monakedi for the account to be brought up to date. Payments were made and then reversed."

But the company decided to waive the recovery fee in this case. Instead, they asked him to pay the remaining fees due on his 36-month contract in full, upfront - R3,800 - which he happily agreed to do.

I guess when you've been hijacked and had your car recovered, you no longer regard the tracking fee as a grudge purchase.

There was another satisfying outcome to this story. Three suspects found with the car when it was recovered were arrested and a crude home-made gun confiscated.

So is it an industry norm for tracking companies to demand a hefty fee for vehicle recovery if a client's account is in arrears?

Well, it stands to reason that if tracking companies recovered vehicles whether or not their clients stuck to their commitment to pay for the service every month, and allowed them to simply pay the missing subscriptions when their cars were stolen or hijacked, that wouldn't be an incentive for regular payment.

The restaurant industry is pleading with the presidency to allow restaurants operating "beyond alcohol-related trauma hotspots” to sell alcohol to ...
News
1 year ago

I checked out Tracker's contract terms and conditions and found this: "If the services are suspended because you have not paid the fees: (a) we will not provide the services (including recovery of a stolen or hijacked vehicle); (b) we are not legally responsible for any loss or damages you suffer from the services being suspended; and (c) payment of arrears will not result in services being reinstated if suspended."

The incidence of vehicle theft and hijacking dropped dramatically at the end of March when the country went into hard lockdown, but now it's pretty much back to normal levels, Louw said.

"Only now the criminals are more hungry and more desperate than before," said Louw.

Those 36-month contract subscriptions comprise payment for the tracking device which you didn't pay for outright, upfront and the tracking service.