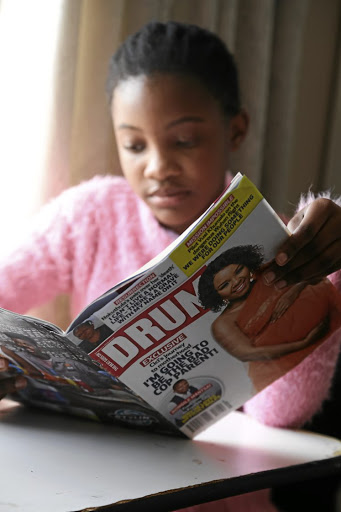 Media24 has announced it will start consultations with staff about the possible closure of five magazines, including Drum and and two newspapers. /Luba Lesolle /Gallo Images

Shaken by the number of reported Covid-related deaths in this country, I am finding myself thinking of years gone by when many people in SA still believed HIV was a myth. Or that it was an affliction meant for certain social or racial groups.

Though I have never been dismissive of Covid-19, it was only two weeks ago that a person who shares the same blood as a person I know succumbed to the disease.

Professor Sakhela Buhlungu, the vice-chancellor of the University of Fort Hare, shared with his circle of friends that his brother and his wife had succumbed to Covid-19. The news shook all of us who have known Buhlungu for years. We shared his pain, his fear.

Even though I never met Buhlungu's brother and his wife, knowing they are related to a person I know, has shaken me. It has contrived to remind me that the scourge is no longer "out there".

To further personalise this tragedy, this week saw the closure of a number of publications whose revenues have been adversely affected by Covid-related economic reasons. Drum magazine is gone. It's hard to believe that such an institution - for that is what it was - could be snuffed out by something many people thought inconsequential.

Drum, about to celebrate its 70th anniversary, is just one of the titles owned by the Media24 group whose lives have been claimed by Covid.

Another media company which had to shut down as a result of Covid-19 was Associated Media, which published such glossy magazines as Cosmopolitan and Femina.

Over 13,500 new Covid-19 cases in SA in another record-shattering day

SA recorded its highest ever single-day increase in Covid-19 cases, with 13,674 infections confirmed in the past 24 hours.
News
1 year ago

Caxton Publishers, which publishes hundreds of freesheet community newspapers all over SA, has also announced it is phasing out its magazine operations.

The Caxton stable included Bona, a contemporary of Drum, although it lacked the gravitas of the latter.

The magazine industry was already under siege as online offerings stole a march on print media in general. Covid-19 then came around for the coup de grace.

But this is not just about media companies collapsing. This is about people dying. About our economy sinking.

In the face of all this, sadly, some people are still dismissive of the scourge.

However, every cloud has a silver lining. With the imposition of lockdown, as a writer and lover of books, I started doing live readings on Facebook, every weekday. My readings are in English and Zulu. I read for kids.

My following has been growing, so much so that the reading series has been featured on many radio shows. There's even a possibility it might move to television. But that's another story. What I have found heartening is the black parents' hunger for help with the children's mother tongue.

Many have also bought my Zulu books, written for younger readers. Some parents have asked me to extend my readings to other languages. Even if I could speak all our local languages, realistically it would be impossible to help all.

This, however, gives me hope that parents have not given up on their children learning their mother tongue.

It's a fight worth pursuing. Scientific research shows that a solid foundation in the mother tongue is to the advantage of the child at school. Which is why Afrikaner parents insist on their children learning in their mother tongue, especially at foundation level.

A man dedicated to making roads safer in the Western Cape has died from a Covid-19 related illness.
News
1 year ago

This was confirmed by Mokgoro's office following a special provincial executive council meeting held on Tuesday.
News
1 year ago