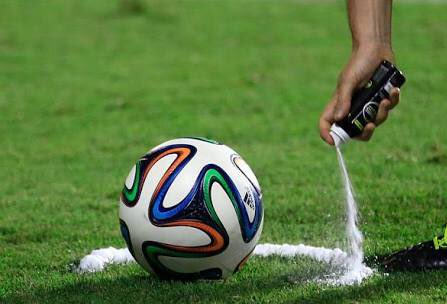 The Premier Soccer League (PSL) suspended all matches due to the Covid-19 outbreak.
Image: PSL/Twitter

The continued silence from the Premier Soccer League over the restart of the football season has created uncertainty which, if not arrested, could lead to disastrous consequences in the next few weeks.

Authorities at the PSL have strangely left all matters in the hands of the individual clubs who, to their credit, have been able to inform us on matters such as Covid-19 testing and return to training.

But not all clubs are competent in giving out accurate information, and we should not be surprised that from time to time there might be contradictions.

This is where the PSL should be stepping in, providing leadership on what is a worldwide crisis brought about by the coronavirus.

But instead the league has chosen stony silence in the face of adversity. Compared to its peers overseas who faced a similarly challenging situation on the return to the fields, the PSL can be said to have, at best, been grossly inadequate; at worst, plain incompetent.

When the English Premiership was about to resume, "Project Restart" leaders held press gatherings on almost a weekly basis, with clear timelines and plans explained to the public.

It was the same with the German Bundesliga, which was the first major league in the world to resume following the long pause sparked by the virus.

But it's been a period of directionless, free-for-all conjecture with our PSL, unless on a few occasions when the leadership provided muddled snippets to the media who telephoned them in desperation.

Delight for some PSL teams, others wait for approval

Baroka and Chippa United are among a few clubs still waiting for the Premier Soccer League (PSL) to approve their coronavirus compliance plan before ...
Sport
1 year ago

What we know is that teams are being prepared for the restart. What we don't know, sadly, is when the games will resume, and where will they take place. Crucially and most frighteningly, we have no idea how many teams have positive tests in their ranks. Some, such as Cape Town City, Kaizer Chiefs, Bloemfontein Celtic and Stellenbosch have volunteered the information.

This week, some teams returned to the training fields, and we should be thankful that they cared to inform us. But we also know that others are awaiting the go-ahead as they still have not complied with the protocols.

Over in the NFD, cash-strapped teams are battling to pay for tests and hiring compliance officers as directed by the government, and might resort to cutting corners. If some teams cannot treat this initial phase of testing with utmost seriousness, then a recipe for disaster looms.

Imagine if the teams are housed at the proposed biologically safe environment (BSE), and some teams are unable to do proper, frequent tests. A surge in positive tests could collapse the entire project.

This BSE itself will be a major test for the PSL's proficiency in crisis time. For example, will the proposed rule on the BSE becoming a restricted site with no access to outsiders be adhered to? Or will we hear stories of some teams smuggling in muthi-men to come and prepare pre-match rituals? Perhaps they should consider doing these strictly via Zoom!

On a serious note though, the PSL should realise the magnitude of the coronavirus crisis and treat it as such. Retreating into a shell and fuelling speculation and uncertainty when lives are literally at stake, is no way to respond.