Freedom Charter has as much significance today as 65 years ago 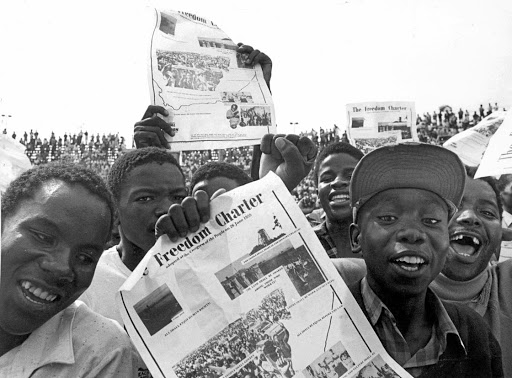 The Freedom Charter, signed at Kliptown in 1955, still offers a fuller and better life to all the people of South Africa. /Paul Weinberg

On June 26 1955, the heroic and epoch-making Congress of the People was convened in the face of fierce intimidation by the racist regime and its police force.

From every corner of SA delegates of the people assembled at Kliptown to draft the Freedom Charter, a blueprint of the political, economic and social structure the people of SA demanded.

It is, in short, a definition of the goals of our liberation Struggle. As Chief Albert Luthuli wrote in his autobiography, it attempts "to give a flesh and blood meaning, in the South African setting, to such words as democracy, freedom, liberty".

The preamble contains the fundamental tenets for the building of a revolutionary united front of all democratic antiracist forces in SA. It is the cornerstone of the movement for the national liberation of the African, coloured and Indian people, and for the creation of a nonracial state.

It is not only a document with historical importance. It continues to have contemporary significance as it encompasses a specific vision of a democratic, nonracial and non-sexist SA.

The economic clauses point the way to a revolutionary transfer of political and economic power to the oppressed masses, to the people as a whole.

Some of our fave young celebs tell us about their experiences of living as a young person in a democratic South Africa, as well as what June 16th ...
S Mag
1 year ago

“We cannot adhere to social distance and hygiene standards in a place where 20 people share a single toilet.”
News
1 year ago

Many achievements have been accomplished since 1994. Millions of our people have access to low-cost houses, free basic water and electricity for many areas, social grants, and much more.

However, too much of SA still belongs in practice to a white minority. While a few blacks have joined this world of wealth, the great majority of our people continue to live in abject poverty.

The Freedom Charter recognises the linkage between capital and inequality, at least to the extent of calling for the return of national wealth to the people, nationalisation of mineral wealth beneath the soil, and public ownership of the banks.

State intervention is crucial in the struggle to realise the objectives in relation to defined health, employment, housing and socioeconomic demands.

It challenges all the obnoxious features of the apartheid system relating to land. The weaknesses and failures of our land reform programme are to be found primarily in the neo-liberal turn in government marked by the 1996 Gear macro-economic programme, along with considerable policy confusion, institutional weaknesses, and, often, corruption.

The successful implementation of the Freedom Charter requires a move towards a more radical approach. Most importantly, there must be a concerted effort to fight corruption and state capture.

The Freedom Charter demands free medical care for all. Successful introduction of National Health Insurance (NHI) is an urgent imperative. Covid-19 underlines the importance of ensuring access to quality healthcare for all, especially the poor and workers.

The Freedom Charter, embodying the people's aspirations and pinpointing the way forward, still offers a fuller and better life to all the people of South Africa.

It enjoins the state to work with the masses and relevant stakeholders to effectively implement the radical socioeconomic phase of the Struggle.

This means that our country needs a people-centred and people-driven government. The former refers to delivery, centred on the needs of the people. The latter refers to the masses, through their democratic organs, driving the process.