Municipal mess adds to our woes 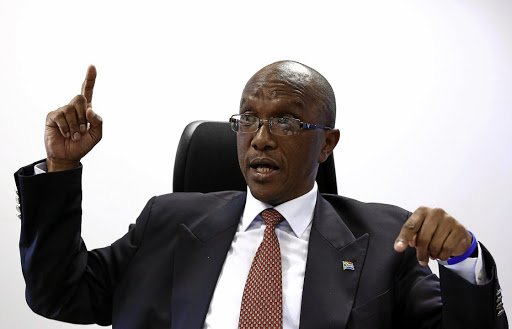 Attorney-general Kimi Makwethu's report paints a numeric picture of the disaster and ineptitude that is our municipal systems, the writer says.
Image: File

This is how much municipalities across the country spent irregularly in the 2018/19 financial year.

Auditor-general Kimi Makwetu released his annual report yesterday, pointing to municipalities in KwaZulu-Natal and the Eastern Cape as the worst offenders with regards to irregular expenditure.

Granted, as bureaucrats often argue, this is not necessarily wasted or stolen money.

But it tells a compelling story of a culture in local government where rules are flouted, whether justifiably or for nefarious ends, thus creating fertile ground for corruption and looting.

Makwetu's report paints a numeric picture of the disaster and ineptitude that is our municipal systems.

Just over a billion rand was spent on consultants, yet the majority of councils produced poor audits. None of this is surprising.

The political instability in the Tshwane metro has contributed largely to Gauteng's irregular expenditure, findings by the auditor-general stated.
News
2 years ago

It is simply the latest instalment of the horror story we have become used to over the years, one that is so evident in the breakdown of many of our towns and cities across the country.

This is partly a crisis of capacity among municipal officials who are unable to perform some basic functions for which they are responsible.

It is also a direct result of the patronage-driven cadre deployment politics that rule municipalities.

It is further compounded by an entrenched culture of no accountability or consequences for rogue behavior by municipal leaders.

Until now, this state of affairs has meant that many parts of our country have remained underdeveloped or, worse, what little they had has been eroded.

The impact of this poor governance at the coal face of our communities will only be made worse by the arrival of Covid-19 to our shores.

The devastation caused by this pandemic places an even greater burden on towns and cities, not only to function, but to build infrastructure and systems that will drive recovery on the ground.

The most tragic thing is that by and large, we as communities often fail to choose the right people for the job.