Members of Satanic church are not evil, child-sacrificing devil-worshippers 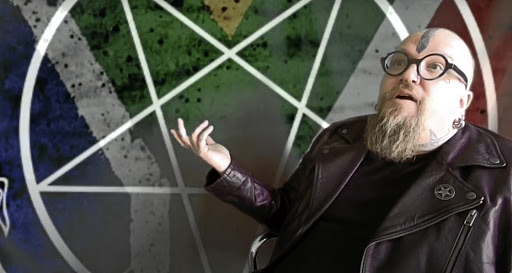 Rev Riaan Swiegelaar of South African Satanic Church and other Satanists have chosen a provocative, contentious name for their religion. /youtube

When the registration of the first Satanic Church in SA became public, it sent shockwaves of indignation throughout social media.

Outraged commenters could not believe that the government would allow such a church to exist.

While Satanism is certainly a provocative name to choose for a religious movement, we should look beyond the surface of that name before rejecting the South African Satanic Church outright.

In Christianity, Satan has become the personification of all evil. In history, those that were seen as dangerously different, from heretics in the 12th century to witches in the 16th century, have often been labelled as Satanists.

In these historical contexts, these Satanists were imagined to do the precise opposite of what good Christians would do.

Satanists were believed to sacrifice or even eat children instead of loving them, to practice sexual taboos instead of having appropriate intimate relations and to worship the devil instead of God.

While the groups accused of being Satanists actually were no more than dissidents and outcasts, in the Christian imagination they became synonymous with evil.

During the Enlightenment, belief in the devil started to decrease in Western Europe. Misfortune began to be understood to have previously unknown natural causes or to be an unfortunate coincidence.

Considering I was subjected to seven years of "religious education" as a child - you would think that I would have sufficient understanding about ...
Opinion
2 years ago

This process of secularisation opened the way to see Satan more as a literary character than as an almost divine power - in works like English poet John Milton's Paradise Lost, Satan became someone who had been misunderstood and misrepresented. As a result of this process, people who felt oppressed by Christianity started looking favourably upon Satan. For them, he became a symbol of freedom from the tyranny of a strict religion.

In 1969, Anton Szandor LaVey published The Satanic Bible, a collection of rituals and principles for Satanism as a religious movement. An important tenet of this movement is individualism.

Satanists do not want to conform to the rules of society and conventional religion. They feel that the standards and etiquettes of society - ideas about sexuality, for example, or about how one should look - are narrow-minded and oppressive.

Satanism as a new religious movement has little to do with the Christian conceptions of Satanism as an organisation of evil devil-worshippers. At the moment, however, these two ideas co-exist and often get confused.

Currently, an exacerbating factor is that a dominant form of Christianity in Southern Africa nowadays is neo-Pentecostalism, which places great emphasis on the devil and his agents. According to neo-Pentecostals, these forces of evil need to be fought in spiritual warfare.

In neo-Pentecostal churches, the Christian image of Satanism is disseminated most forcibly by testimonies of people who claim to be ex-Satanists. These former Satanists speak of an organisation of evil, headed by Satan himself.

As Satanists, so they say, they had to carry out assignments such as causing road accidents, disease or other misfortune. This image of Satanism is a descendent of the accusations of Satanism against heretics and witches in European history and has nothing to do with it as a religious movement today.

On the one hand, there are self-declared Satanists, like the members of the South African Satanic Church, who practice a new religious movement - Satanism for them is a positive word that represents their individualism. You might disagree with the individualism and non-conformism of the South African Satanic Church, but these individuals are not evil, child-sacrificing devil-worshippers.

*Kroesbergen-Kamps is a postdoctoral research fellow at the University of Pretoria's faculty of theology and religion, and a specialist in Western new religious movements and Christianity in Africa.