Motorist finally gets his dream car after a runaround by dealership 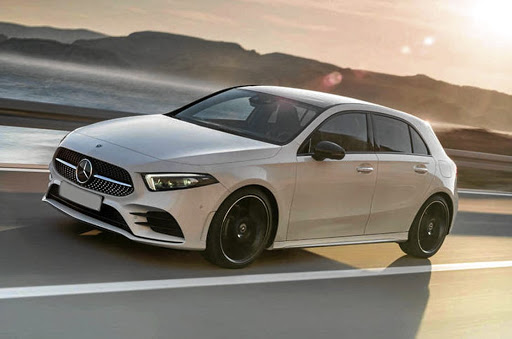 Wesley Madileng is now a happy man after Vaal Motors in Vereeniging agreed to exchange the dud they sold him in March, thanks to Consumer Line.

Madileng had accused the dealer of dishonesty after he allegedly changed the purchase price to a higher amount after the contract was concluded, so he could qualify to buy a dud which was delivered to him upon collection.

He said when a contract was concluded and agreed on the purchase amount, the contract was legally binding, and that the dealer had no right giving him another vehicle they had not agreed on.

"There was a meeting of minds and the mutual acceptance was consummated when we both signed the contract," Madileng said.

On March 1, Madileng, 45, of Sebokeng, wanted to purchase a new A200 sedan Mercedes-Benz which was advertised for sale and the salesperson assisted him to apply for finance which was approved a day later, he said.

The purchase amount was R405,000 and indicated that he had the required deposit after the sales person told him he would need to pay R70,000 for the vehicle.

"Papers were sent to Wesbank and a reply came on my phone the following day confirming that the loan was approved," he said.

Instead, Madileng paid R100,000 after he was provided with the dealership's bank account number, he said.

"Days later they simply changed their tune and said I only qualify for a C200 sedan 2018 model. Mike, the manager, even said he has one for me," Madileng said.

Many consumers who want to cancel contracts are facing challenges as the national lockdown drags on.
Opinion
1 year ago

On March 12, they called him to collect it, but to his amazement it was not ready for collection, he said.

The car had spent days at their workshop - from the day they offered him a brand new 2018 model which he verbally accepted, he said.

This dragged until March 14 when he was handed a defective vehicle, he said.

"It only came out in the afternoon when I complained and on my arrival at home I saw some defects and returned it immediately the following day," Madileng said.

Madileng added that the defects included a faulty starter charger, no cameras, no sensor and the car brio lid did no close.

Madileng reported this and the dealership offered to book it in at their workshop for repairs which he agreed to after the dealership told him that in terms of the Consumer Protection Act they have the right to repair the defects at their cost, Madileng said.

But over the weekend, it refused to start and he returned it on Monday March 18 upon which he decided to cancel the deal and demanded his refund.

They refused and told him that it would be a long process to refund it and he should rather choose another vehicle, he said.

Madileng approached the bank personnel and told them that the purchase amount was not within his level of affordability and would cause him to be over-indebted if he proceeded with the inflated amount.

"I was later told that I would be blacklisted if I chose to cancel the contract and should rather wait for the bank to repossess it, which I found ridiculous," he said.

Madileng's worries are now over as he has settled for another second-hand car which the dealership described as newer.

He said the dealership took the other vehicle back and has given him a newer model vehicle with the extras that he has requested and all for the same price as the original deal.

"Although we do try our best to prevent anything of this sort, we are not impervious to mistakes and at New Vaal Motors we always strive for service excellence, value for money, quality pre-owned vehicles and ultimately complete client satisfaction," said Menezes when Consumer Line made a follow-up days after they had initially failed to meet our deadline.

Consumers who want to buy cars should make sure that they deal with a legitimate car dealership to avoid being victims of scams.
Opinion
1 year ago

The large print giveth and the small print taketh away. That line, penned by musician Tom Waits more than four decades ago, is particularly apt in ...
News
1 year ago
Next Article