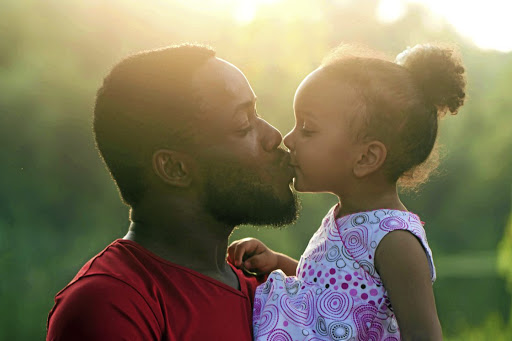 Men need to understand that women are not fathers and that they need support in raising children, the writer says.
Image: 123RF

My younger brother, who I'm raising following the untimely death of our mother to cancer three years ago, gave me a big hug last Sunday and told me that he loves me deeply.

It's not uncommon to hear him say that, but the poignancy with which he said it made me ask him whether he was okay. He said he was, but indicated that since it was Fathers' Day, he wanted me to know how much he appreciates the "fatherly role" that I play as a provider and a guardian.

While I was touched by those sentiments, I was also deeply troubled, because I realised at that moment just how damaging it is to children when their fathers are absent and women are forced to raise them alone.

It's not too uncommon to hear men complain that women want to centre themselves in Fathers' Day celebrations in ways that men don't with Mother's Day. And while a part of me agrees that Father's Day is not about women and that mothers, even when they single-handedly raise children are not fathers, I understand why women centre themselves. I understand why my younger brother feels that his sister is more a father to him than his father is.

It is because fathers in our country have abdicated their responsibilities and in the process, caused unimaginable damage to families and most devastatingly, to children.

SA has the unfortunate distinction of having one of the highest global rates of single motherhood.

Studies conducted by the Human Sciences Research Council as well as the Institute of Race Relations among others, found that approximately 63% of South African children have absent fathers.

The general household survey report published in 2018 by Stats SA indicates that almost 50% of households in our country contain a single mother while only 4% have a single father.

The statistics are especially devastating for black children from poor working-class backgrounds, who constitute the highest percentage of children growing up without fathers.

Less than 10% of these fathers are deceased - the rest, like my younger brother's father, are alive and well, but have decided that they will not be involved in raising their children.

Mothers and siblings have thus been forced into this responsibility, and while relatives and extended members of families do play their part too, it doesn't negate the absence of fathers.

The report argues that the high incidence of absent fathers in SA has its roots in the migrant labour system of the apartheid era.

I agree fully that the diabolical practice of separating men from their families and confining them to hostels where women weren't allowed to live, played a significant role in destroying the family structure of black people in particular.

Its legacy is that because so many young men were raised by single mothers, this reality to them is normal. It is their socialisation. This is why even those born post-apartheid perpetuate this tragedy.

Fathers' Day at the weekend came as a stark reminder that millions of mothers will continue to be celebrated on this day given the extent of ...
Opinion
2 years ago

In a victory for “invisible, undocumented children”, unwed fathers will soon be able to register the births of their children without the mother ...
News
1 year ago
Next Article