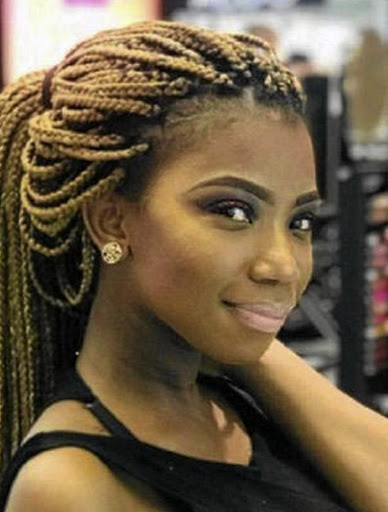 "Here we go again?'', "This is not the time and place", "Men can't get a break", oh and of course my personal favourite "Can't we talk about something else?".

As a gender activist, I am slammed often for my standpoints. Slammed for my repetitiveness. The truth is if there were no injustices, I would be without a job, and till such time sounding like a broken record will be the least of my concerns, because my passion for an equal society and a world where women live without fear or favour is greater.

The world, particularly the US, has been turned upside down after an African-American man, George Floyd, died at the hands of a Minneapolis police officer, once again reviving the Black Lives Matter movement that campaigns against violence and systemic racism towards black people.

Much closer to home, these waves of events are happening in conjunction with the killing of 12 South Africans at the hands of police in the name of enforcing national lockdown regulations - a trademark characteristic of a once violent and oppressive state.

Tshegofatso Pule and Naledi Phangindawo are the latest victims to make headlines, many die unpublicised
Opinion
1 year ago

As if the already grim news feed was not enough with all that is happening in the world, this week I also woke up to the news of the brutal killing of a young woman called Tshegofatso Pule trending.

According to reports, Pule was eight months pregnant and seen alive on June 4, only to be found murdered four days later, a tragedy, unfortunately, that is characteristic of SA.

To borrow and appropriate a Black Lives Matter slogan - when will women breathe? Even during a global pandemic women are forced to navigate another pandemic - gender-based violence. A burden that no man comprehends wholly.

Because of this, while I wholeheartedly plead with everyone who has a moral compass to rally behind the Black Lives Matter, I simultaneously want to argue that it is important that we do not forget women in the fight.

Since black males are the ones who are predominantly victims of police violence, it is easy to give them the honour of being the centre of the movement and this should not be the case.

A baby shower with family and friends is something Tshegofatso Pule will never experience.
News
1 year ago

This is not to take away from black men's lived experiences, but it is also important that we do not use that tragedy as a tool for privilege and/or marginalisation.

So, as we all laud and rally behind the US in this global fight against systemic racism by protesting and challenging racist systems, I am haunted by the striking parallels with the current uprising and the marginalisation of black women activists during the 1950s and '60s civil rights movement.

A similar case here is where you see the culture of relegating women to rent-a-crowd, even during student protests.

Unlike many pundits, my critique is not who gets to stand in front of the marches. I merely want to assert that women should not be an afterthought, nor are women marching to make up the numbers. Women have more to benefit from an equal society.

Although women are not being murdered at the same rate as black men, this does not negate their plight in a world where the most gross systems of injustice have patriarchy as their foundation, a system that succeeds through excluding and violating women.

My plea is that if this global movement is meant to affect change by resisting police brutality, racism and promoting equality, then the starting point should be women. Violence and police brutality impact black women, the financially marginalised and the LGBTI community.

The movement is about creating an equal society. In the fight for racial equality, may we remember that we lose as many women because of gender-based violence. Women should not be made to take the back seat on this.