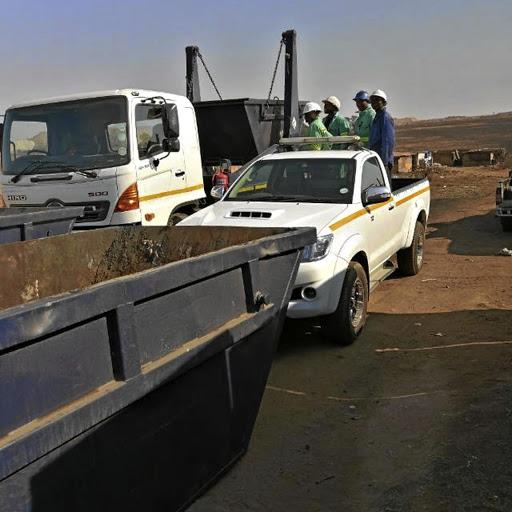 Lucky Mamosadi wanted truck to collect waste from a local mine.

Many consumers who want to cancel contracts are facing challenges as the national lockdown drags on.

In many cases the businesses they got into agreements with insist on holding them liable for their contracts even though the reasons for cancellation are due to their inability to fulfil their obligation due to the current lockdown to fight the spread of Covid-19.

Some service providers have upped cancellation fees contrary to lay-by agreements entered into.

Despite a cancellation of 1% on a lay-by agreement, Nationwide Trucks want to charge their client, Lucky Mamosadi, 10% - contrary to the legal limit.

Mamosadi of eMalahleni in Mpumalanga province wanted to buy a second-hand truck from this dealership on a lay-by agreement, he said.

Mamosadi did not sign any written contract stating the terms and conditions of their lay-by agreement, but said they verbally agreed that he would raise the balance of the contract by the end of April while they keep the truck.

The purchase amount for the truck is R977,500. Mamosadi later made a transfer of R400,000 on an understanding that he was entering on a three months lay-by agreement, he said.

ConsumerLine has seen a copy of his R400,000 transaction, which also shows an administration fee of R3,450.

However, the dealership has now upped the cancellation fee to 10%, claiming that they did not do anything wrong.

Consumers who want to buy cars should make sure that they deal with a legitimate car dealership to avoid being victims of scams.
Opinion
11 months ago

In terms of lay-by laws in SA, if the consumer can no longer afford payments, or simply changed their mind, the service provider must give back their money and charge not more that 1% of the purchase price as a cancellation penalty.

Mamosadi, a father of four, said he needed the truck to collect waste from a local mine, but could not raise the balance of R577,500 due to the current lockdown, forcing him to cancel his contract with Nationwide Trucks, he said.

Mamosadi said it was not his fault that he could not raise the balance and feels he is entitled to his refund minus R3,450 which Nationwide Trucks i eMalahleni stated in his receipt as an administration fee.

Lloyd Williams, the owner of Nationwide Trucks, confirmed that in February, Nationwide Trucks entered into a verbal agreement with Mamosadi regarding the sale of the Mercedes-Benz hook lift truck.

The agreement indicated that a large holding deposit would be paid over in order to secure the vehicle and that he would have two months from date of deposit to pay over the balance in full, Williams said.

"Meaning that the balance of the vehicle would have to be settled before 12 May 2020. This lockdown had only affected two out of eight weeks of this agreement for Mr Mamosadi," Williams said.

He added that the national lockdown did not only affect Mamosadi as his business also suffered for no fault of theirs.

He said Nationwide Trucks was closed for the entire level 5 of the lockdown period and suffered tremendously as there was no business for the better part of five weeks.

The large print giveth and the small print taketh away. That line, penned by musician Tom Waits more than four decades ago, is particularly apt in ...
News
11 months ago

"At the end of the day, Nationwide Trucks has done nothing wrong. We have upheld our end of the agreement by securing the truck after we received his deposit," Williams said.

He said they kept the truck for him until now which they could have sold in those two months, but did not out of respect to Mamosadi and their preexisting agreement.

He threatened to sue Sowetan and Mamosadi should his story be published.

Despite indicating that his company was closed for five weeks, Williams said Mamosadi didn't attempt to try to arrange a meeting to change the date of the agreement nor did he attempt to pay any more money during the six-week period he had before the lockdown.

"He just demanded a refund. On our side, it is not fair just to refund him his money as we could have sold the vehicle.

"We, however, did offer a 10% cancellation fee, or we would try sell it on his behalf as the lockdown left us very cash-strapped and we gave him some time to come up with the balance of the money owed," Williams said.

He said Mamosadi refused these options at point blank and never tried any further talks.

"He went to his attorney and sent us legal letters as well as threats towards myself and my business.

"I have explained my story below and above. Nationwide Trucks has done nothing wrong.

"We tried to help Mr Mamosadi and look where that got us," Williams said.

The Consumer Goods and Services ombudsman Magauta Mphahlele said the unprecedented nature of the pandemic has thrown cancellations of contracts and associated rights into the spotlight.

While we understand that none of the parties are at fault, we are aware of the impact of mass cancellations on the cashflow of supplies and therefore appeal to all parties to act reasonably and where possible, for consumers to accept vouchers or postponements, Mphahlele said.

"Where this is not possible, the consumer is entitled to a full refund."

She said a reasonable cancellation fee applies where a consumer cancels voluntarily and where circumstances are unrelated to illness, death or lockdown.

A Sowetan reader, who had bought a defective car with a fake disc from a KwaZulu-Natal car dealer two months ago, had his vehicle fixed, thanks to ...
Opinion
11 months ago

Buying a second-hand vehicle is the trickiest sale you could ever do, especially if the seller is far from you and you cannot view or test drive the ...
Opinion
1 year ago

From Wednesday, you are allowed to buy cars again

Minister Ebrahim Patel has announced that sales of new and used vehicle may commence, along with the opening of auto electricians, tyre centres and ...
News
1 year ago
Next Article