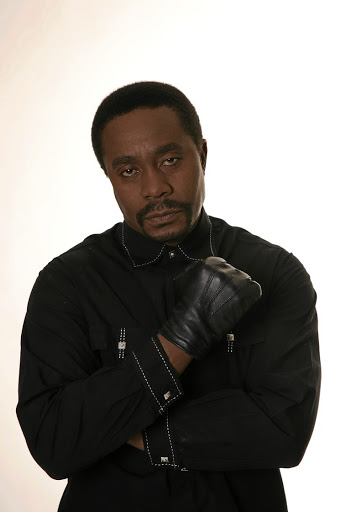 Jack Mabaso can't mask his villainous ways even when he lives in Isibaya and now in a place called Gomora, dark glove or not. / Supplied

Now that the madness that followed the reopening of liquor retail outlets has died down, let us now focus on another Matter of National Importance.

Jack Mabaso, a psychopath under observation at Generations Mental Facility, has resurfaced in public under a new guise and, if not apprehended, the public is not safe.

It is of paramount importance that members of the public not try to approach this person as he is extremely dangerous - not least because he has a smooth tongue.

The head of the Generations facility, Chief Inyanga Mfoondee Voondla warned the public: "People have short memories. Jack Mabaso's residency at our institution dates back to 1994. But Jack being Jack, escaped every now and then. One time he was posing as a dude called Jefferson Sibeko, in a township called Isidingo. And the next time we saw him, he was posing as Bhekifa Ngubane in a scruffy neighbourhood called Isibaya."

Scruffy or not, the neighbourhood of Isibaya brought the man to the public attention and observant people said, "Isn't that Jack Mabaso?"

And they were right. The thug with sexy eyes was re-apprehended and brought back home to the institution started by Voondla, now fancily renamed as Generations: The Legacy.

Then he disappeared from the institution. He has since resurfaced in Gomora township posing as somebody else.

"This is my first big role in a TV show," she said.
Entertainment
1 year ago

Don't be fooled by the bespectacled, well-read persona by the name of Rodney "Uncle Rod" Sibeko. He is the one and only Jack Mabaso. He is still dangerous.

Yes, he underwent a special medical procedure to take care of his injured hand. So his signature glove is gone. But he is the same person.

Please note, in all the guises he has assumed in recent years, Mabaso is manipulative, ambitious, charming and aggressive.

Sometimes he calls himself Vusi Kunene. He is most elusive when he is Kunene - because no one knows his Kunene persona very well.

Speaking of elusive, another escapee from Generations, Tau Mogale, has recently been seen at the relatively new refugee centre called The Queen. He now calls himself Hector Sebata. But a leopard will never change its spots: even in his new guise, he is still the thug he's always been.

Notably, The Queen refugee centre was co-founded by Karabo Moroka, another escapee from Generations.

Thinking she could fool the public, Karabo changed her name to Connie Smuggleson. She provided shelter for her brother Archie Moroka and gave him a new name, Kgosi.

When things started getting too hot for Archie there, he ran away. He has now reappeared as a fake lawyer at an upmarket shelter called Blood and Water.

His former protector Voondla warned the public: "Sometimes, Archie gets so confused he calls himself Sello Maake kaNcube."

Another Generations escapee is the scheming and highly dangerous Ntsiki Lukhele. The irony is that she is now disguising herself as a person of the law, in charge of the Thabazimbi Correctional facility, in the town of Lockdown.

People afflicted with the disease of wanting to deny their names are called thespians. The most dangerous are those like Smuggleson who think they can run their own institutions.

For a long time many local thespians looked up to Generations as the best facility in SA. But it soon fell out of favour. Voondla said: "There's nothing wrong with Generations. The reason these people have developed delusions of grandeur is simply that they are long overdue for their medication."

Apparently, there is a special spuit, or enema, he administers to inmates so that wherever they are, no matter what they call themselves, we always remember them by the names he gave them.

Jack Mabaso, Tau Mogale, Archie Moroka, Karabo Moroka, Ntsiki Lukhele, Dr. Mandla Sithole - we know who you are. You can run, but you can't hide.

Guess who’s coming back to “Generations: The Legacy”? Yes, iconic actor Vusi Kunene is set to reprise his role as the love-to-hate villain Jack ...
Entertainment
6 years ago

PORTRAYING the villain in local soapies, dramas and films can confine actors to a limited scope of roles. Local industry lacks the ability to offer ...
Entertainment
7 years ago

Viewers who think that Generations is a bore right now, should hold on to their seats as the upcoming storyline is about to keep you glued to your ...
Entertainment
8 years ago
Next Article