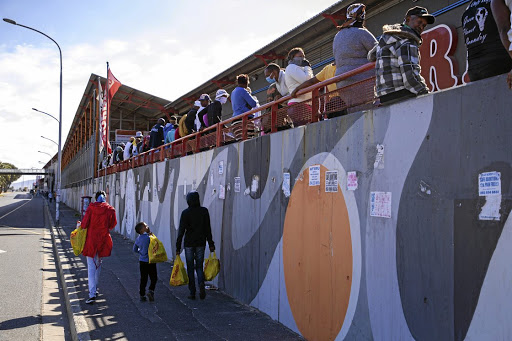 When you are in your thirties, and you did not listen to your parents, you already have evidence of what parents meant when they said, "you will see."
Image: Roger Sedres/Gallo Images

Most adults will remember a time in their teenage years when parents said, "Okay, we have been warning you and you don't listen; do as you wish, and you'll see."

When parents say, "do as you wish," a teenager boiling with sexual drive and the urge to experiment with alcohol and tobacco feels a great sense of relief. Typically, such teenagers think their parents are too strict or stupid.

It is only young people in their thirties who feel sorry for a wayward teenager. When you are in your thirties, and you did not listen to your parents, you already have evidence of what parents meant when they said, "you will see".

A thirty-something-year-old woman who did not listen would probably have a string of grant-receiving children with different surnames. The fathers would either be in jail or they are drug addicts tormented by life somewhere.

That is why neighbours cry when they hear a parent say to a teenager, "you will see". In a nutshell, to see is to suffer. Parents say such words with tears in their hearts.

Last week, President Cyril Ramaphosa announced that, as of today, our lockdown will be relaxed to level 3. Oh, what a relief we all felt!

Ramaphosa did not just wake up and say, "Do as you wish". He was placed under pressure by us. Smokers and drinkers have been ridiculing his ministers of police and local government, circulating all manner of doctored pictures and videos about them.

Suddenly, poor Nkosazana Dlamini-Zuma was made out to be a sullen rapper, remixing songs about "zol".

Even hungry men of God whose cars were about to be repossessed by banks could no longer hide their brewing hatred for Mr Fellow South Africans. They wanted to open their churches as soon as possible to receive offerings. Some of them could not wait to sell anointing oil, so that they can buy sanitisers for themselves and their families.

There are even well-meaning souls who were tormented by the approaching spectre of mass starvation. Even suicide among those who lost small companies could not be ruled out.

The situation was getting uglier. Already there were signs that some husbands were turning on their wives, using them as punching bags to release the lockdown pressure. Ramaphosa even announced a camp to house abused women.

There are bachelors who were about to lose their minds under lockdown. Imagine being alone in a room somewhere from March 26 to May 31. Only criminals in jail know how to cope with such extended deprivations. How many stories of Catholic priests and sodomy have we heard?

Just like a parent whose heart is wrenched by the sight of a drugs-ravaged teenager, Ramaphosa could no longer recognise his own people. Dangerous alcoholic concoctions associated with rural life were now consumed in suburbs by people who used to call themselves members of the upper class.

What does one do when bombarded by cacophonous calls from such troubled souls?

In our new normal, people will have to learn to do something for themselves, the state will not be in a position to foot the bill.
Opinion
1 year ago

Urbane as he is, Ramaphosa knows that his words are too light and therefore evaporate very quickly. So, he went to borrow those of someone he knows we will most definitely remember.

The words are simple, and they were uttered by Nelson Mandela: "It is now in your hands." Thus Ramaphosa concluded his announcement that, as of today, we will enjoy the freedom we have been clamouring for.

Looking at what is happening in the US, or Brazil, one can only pray for God to save South Africa. Indeed, Brazil is closest to us in that its health system is as dysfunctional as the one run by a certain Dr Zweli Mkhize.

If the US, which is the number one economy in the world, cannot bring Covid-19 under control, what makes us think we will not witness mass deaths under level 3?

Ramaphosa's troubled heart cried. He must have known that death and his legacy would be intertwined - eternally. And he invoked Mandela himself: "It is now in your hands."