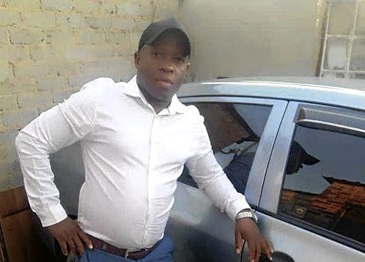 The SANDF internal report into Collins Khoza's death is a sham, a human being died after an assault that should have never happened, and somebody must take responsibility for that, the writer says.
Image: Supplied

It is bizarre that the South African Defence Force (SANDF) internal probe has exonerated its soldiers accused of causing Collins Khosa's death.

This was revealed in a report which was filed in the Pretoria high court by the force's legal adviser Elvis Hobyana. This was part of feedback to the court that had ordered that all soldiers and police officers who were present during Khosa's attack be suspended, pending an investigation.

A police murder case related to Khosa's death is still being investigated.

But according to the enquiry, the altercation which involved "pushing and clapping" could not have been the cause of Khosa's death, described in the postmortem as a blunt force head injury. It said the same postmortem did not list any injury linked to the cause of death.

Lawyers representing the family of Collins Khosa, who was killed allegedly by soldiers, will lodge a review of the SA National Defence Force (SANDF) ...
News
2 years ago

However, the family alleges that Khosa was brutally assaulted with the butt of a rifle, and that his head was banged against a concrete wall and a steel gate. They said he could not walk back into the house, had puked and lost speech after the attack.

The SANDF says it took the postmortem report for a second opinion from a neurologist who questioned the experience of the pathologist who examined the body as there were "shortcomings and contradictions". And the panel concluded its members and police officers did not cause the death.

It would be laughable for the SANDF to clear its own members of wrongdoing on a technicality like that, but sadly somebody died and this is a serious matter.

When they decided he did not die from the assault, where do they think Khosa sustained the blunt force injury to the head? What is the logic behind this decision? Who could've assaulted him further?

And why did the panel of inquiry rely on statements in the docket only, did not interview the man who was with Khosa at the time or his family who witnessed the incident?

Even the "pushing and slapping", as admitted in their report, is against the law, why were the two beaten and not arrested when they failed to comply with instruction?

This report is a sham, a human being died after an assault that should have never happened, somebody must take responsibility for that.

What the board probing Collins Khosa' death found

At least 15 witnesses were interviewed by the board, which commenced work on April 14.
News
2 years ago

Defence minister Nosiviwe Mapisa-Nqakula says that members of the army allegedly involved in the death of Collins Khosa have not been cleared.
News
2 years ago

In apparent compliance with the Pretoria high court ruling in the Collins Khosa “lockdown brutality” case, the police commissioner has sent out ...
News
2 years ago
Next Article