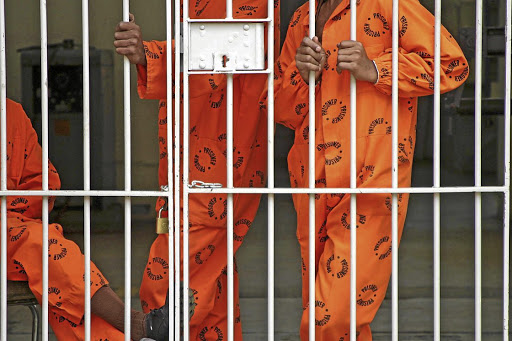 On May 8, the presidency announced the special placement on parole of about 19,000 low-risk sentenced offenders across the country./ GALLO IMAGES / Lisa Skinner

The initial response of the department of correctional services (DCS) to the Covid-19 pandemic was to suspend all visits to correctional centres for 30 days and to maintain social distancing.

However, with the rapid spread of the virus in these overcrowded centres - there are said to be about 43,000 more inmates than beds available in correctional facilities - a more drastic measure was needed to flatten the curve.

On May 8, the presidency announced the special placement on parole of about 19,000 low-risk sentenced offenders across the country, which would decrease the prison population by about 12%.

The release of offenders during the Covid-19 crisis is not unique to South Africa - many countries have pardoned thousands of prisoners in order to convert prisons into medical facilities or to create social distancing.

Recently, the DCS reported that of the 243 correctional facilities in SA, 157 are technically underpopulated, while 77 are more than 150% full.

The question, therefore, is why release offenders on special parole if there are facilities that have capacity?

After screening the selected categories of sentenced offenders for Covid-19 symptoms, they could be moved to underpopulated centres to create space in the overpopulated ones. These low-risk individuals can be kept separate from offenders already housed in the centre, including violent offenders.

A dozen more inmates and one prison worker have joined the growing number of people within the department of correctional services who have tested ...
News
2 years ago

Another concern is whether low-risk offenders will return to crime.

Recidivism (falling back into crime) in SA is very high; in fact, in some categories, the recidivism rate is 94% (Jules-Macquet, 2014).

SA's under-resourced police service and its prosecutors worked tirelessly under severe constraints to secure convictions to begin with.

The release of thousands of prisoners is an affront to justice officials and their efforts to arrest and prosecute these offenders, and adds insult to injury for the victims if they have no say in the early release and special parole proceedings.

For a long time in SA, prisons were used to lock away offenders and isolate them from society. Restorative justice, the latest punishment philosophy in the South African criminal justice system, takes a different approach.

It "aims to involve the parties to a dispute and others affected by the harm (victims, offenders, families concerned and community members) in collectively identifying harms, needs and obligations through accepting responsibilities, making restitution, and taking measures to prevent a recurrence of the incident and promoting reconciliation", as defined by the department of justice & constitutional development (2016).

Restorative justice entails victims and offenders making amends and restoring the balance, which is disrupted by criminal behaviour, in society. Before an offender is considered for special parole, the Correctional Supervision and Parole Boards (CS&PBs) have to finalise all the processes, and the offender must have completed all rehabilitation and pre-release programmes.

So will CS&PBs be able to adequately process this many offenders over a short period? The new parole release policy allows the victim to have a say in the parole conditions and attend parole hearings - this is the fundamental principle in restorative justice.

This means the victims of 19,000 offenders must be contacted and informed about the early release of the offender.

An offender will be considered for special parole only after a victim-offender dialogue has taken place. The victim and the offender must be counselled before and after such dialogues.

The questions here are who will be responsible for counselling the victims of 19,000 offenders, and does the DCS have the capacity to prepare offenders for participating in these dialogues?

The early release of offenders will also affect the already overburdened community corrections section, which supervised 54,935 parolees in 2018. Although there are stringent parole conditions once an offender is released, will the offender self-isolate or celebrate their freedom?

If an offender transgresses any of the parole conditions, they can be arrested again - so how will these offenders be placed back in correctional facilities without putting offenders and correctional officials at risk of Covid-19?

Pardoning thousands of inmates during the Covid-19 crisis and the reasons it was decided upon clash with restorative justice principles.

Perhaps it would be better to create safe spaces in government buildings that are not in use or send low-risk offenders to the underpopulated correctional centres to complete their sentence.

The South African Prisoners Organisation for Human Rights (Sapohr) is demanding that the government release 43,000 prisoners to combat the spread of ...
News
2 years ago

'I had no choice': Sex for rent rises with coronavirus poverty

A growing number of landlords are asking tenants for sex in exchange for housing as coronavirus lockdowns and job cuts have left many struggling to ...
News
2 years ago

There has been a steep jump in the number of coronavirus infections in the prison system.
News
2 years ago
Next Article