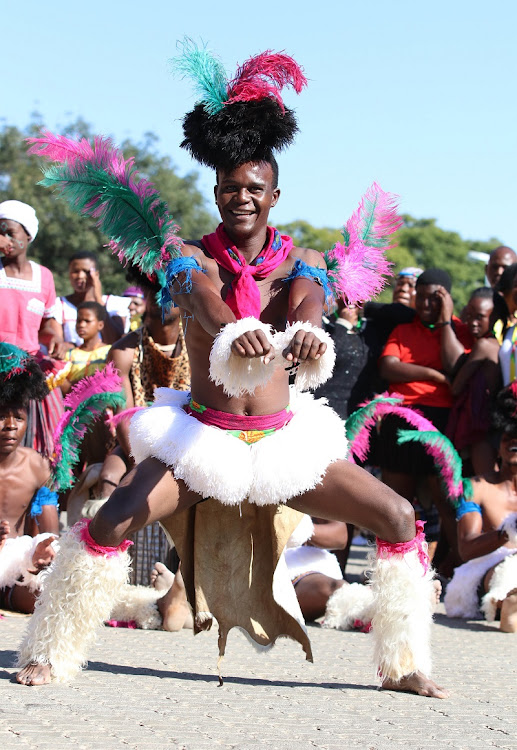 Xigubou xa Makumbani Cultural group dancers from Shivulani village perform during Africa Day celebrations in Polokwane last year. The writer says Africa Day must be rescued from performances and become a day of meaningful reflection about who we are, where we come from and where we are going.
Image: ANTONIO MUCHAVE/SOWETAN

On May 25 1963 in the historic city of Addis Ababa in Ethiopia, several leaders of African nations met to form the Organisation of African Unity (OAU).

The key objective of the OAU, set out in the charter that would be signed by all attendees with the exception of Morocco, aimed to theorise the ongoing liberation struggles across the continent and to find concrete ways for the newly independent states to provide assistance to those still waging their struggles for independence.

Among these countries were Angola and Mozambique, still under Portuguese rule; South Africa, by then at the height of the Struggle against apartheid; and Rhodesia, to name but a few.

The formation of the OAU was one of the most important developments in the continent's struggle against colonialism. In establishing a united bloc, African nations were able to win critical victories that would lay the solid foundation on which the freedom of many countries would be won.

In providing support to national liberation armies, material and otherwise, the hosting nations contributed to guerrilla warfare that won many nations their freedom.

SA is without doubt one of the biggest beneficiaries of the victories of the OAU. It can be argued that the success of the Struggle hinged largely on solidarity.

The Frontline states of Angola, Botswana, Zambia, Mozambique, Zimbabwe and Tanzania paid a heavy price for our freedom. By supporting and sheltering groups opposed to white minority rule, they invited unimaginable suffering to their own citizens.

“We cannot avoid the fact that a lot of our problems in Africa arise from bad governance.  I believe that we need to improve governance everywhere in ...
Opinion
1 year ago

The apartheid regime would often send the SA Defence Force to raid and kill members of liberation movements, specifically those of the ANC's Umkhonto weSizwe (MK) and the Pan African Congress's Azanian People's Liberation Army (Apla).

In the process, citizens of the Frontline states would be maimed, tortured and killed. Economies of these nations were devastated by our fight against apartheid and the legacy continues to this day.

While all African countries apart from Western Sahara are now regarded as independent states, there are still significant challenges that confront the continent. These are socioeconomic and political, all of which are at the heart of the poverty and inequalities that define the continent.

The work of the OAU, since renamed the African Union, remains necessary and important. And while we can all agree the AU is a deeply problematic institution that has consistently failed Africa and her people, the reality is that it is a tool that could be useful in our quest to fashion a higher civilisation for the continent.

It is this history of the OAU/AU and the realities of our contemporary struggles that makes me believe the continent is not doing justice to its celebration of Africa Day.

In SA, Africa Day has been reduced to something of a fashion parade and some simplistic notions of what it means to be African. Go on social media and you'll be met with millions of posts of men and women in what they regard as "traditional" regalia, claiming that this is indicative of their celebration of Africanness.

This is the same SA withperiodic outbreaks of Afrophobic violence and where Afrophobic sentiments are commonplace. Just a few weeks ago, multitudes of people were up in arms when some of us were calling on the government to also prioritise foreign nationals in food parcels being given out during the lockdown.

Arguments were thrown around about how "charity begins at home" and how immigrants are a burden to our economy and society in general.

We like so-called African traditional prints and quotes by great African leaders, but are not actualising the ideals of African unity and genuine integration. This needs to stop.

Africa Day must be rescued from performances and become a day of meaningful reflection about who we are, where we come from and where we are going. Anything less is a betrayal.

Track's aim is to promote unity
Entertainment
1 year ago

President Cyril Ramaphosa has praised African countries in their fight against the novel Covid-19.
News
1 year ago

Zambia's president has pardoned a gay couple sentenced to 15 years in prison in November under colonial-era sodomy laws in a case that caused a ...
News
1 year ago
Next Article