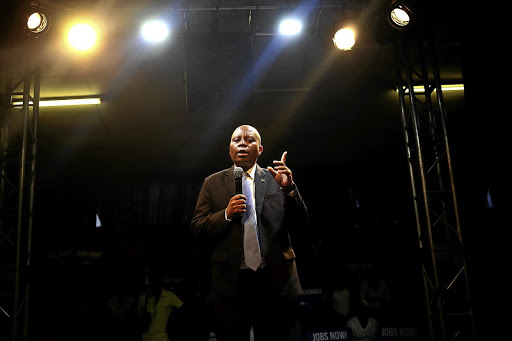 Former Johannesburg mayor and business executive Herman Mashaba is set to launch his new party in August, targeting the next local government elections scheduled to be held next year. / ALON SKUY

Herman Mashaba is preparing to launch his new party in August, adding to the hundreds of existing parties in the country.

It is good to have variety and different options. But how well do the country's political parties represent the people?

In announcing his move, Mashaba declared that the people have spoken. This sounds very similar to what the leaders of Cope, Agang SA and the EFF said when they proceeded to launch their parties.

Many parties start by claiming to represent the interests of the majority of the voting public. They claim to have the policies to transform society into their vision of prosperity and progress as informed by their ideological leaning.

It remains to be seen whether Mashaba's new outfit will have a compelling enough offer to unseat not only the ANC but the other opposition parties that have a stronghold in different parts of the country.

SA's electoral system design allows for representation at an almost granular level. There are no quotas and with less than even 1% of votes cast, any party can have a seat in parliament, for instance.

Busi Nhlapo held her head in her hands when the Red Ants began demolishing her neighbour's house in Lakeview informal settlement in Lawley, south of ...
News
1 year ago

There is often a disjuncture between the indications of support for the idea of a party and the hundreds of thousands of people who participate in platforms, dialogues and engagements towards such an endeavor, and electoral support for the party. It raises the question of what representation feels like and looks like for and to many citizens.

Being consulted makes people feel important. It makes them feel that their voices and opinions matter and that somehow they are contributing to building something or contributing to a vision of the life and society they want.

In my view, these pre-party formation platforms are popular and appeal to a large number of people because they are based on the principle and practice of consultation. The platforms promote active involvement. And leaders are seen to come down to the level of those whose support they are courting.

At this point, leaders like Mashaba become activists, advocating for the rights and development of communities. They spend time on the ground. They go from town to town, village to village or city to city to hear and listen.

The listening exercise informs the decision to form a party. It informs the party ideology and the manifesto and gives leaders the confidence to take the leap from prospective party formation to full on political party status.

Usually it is at this stage that the consultative and bottom-up posture of the party leaders and the formation evolves into a top-down style of telling the people what the party will do for them. The initiative is taken away from the communities, organisations and ordinary citizens that were active in informing the direction of the pre-party platform and is given to the hierarchical structures of the new party.

The new party may be able to maintain momentum to translate the excitement into a good showing at the polls, like in the experience of Cope, ID and EFF.

When the euphoria of the election campaign wanes, and without a mandate to govern, most new parties have been unable to sustain initial gains.

With a good budget and campaign machinery, Mashaba does stand a chance to make significant inroads.

However, if Mashaba is to build a sustainable party he will have the arduous task of inspiring the voting public to continue to feel he hears and represents them beyond the fanfare of a consultative platform.