Educate boys about toxicity of patriarchy and to abhor violence 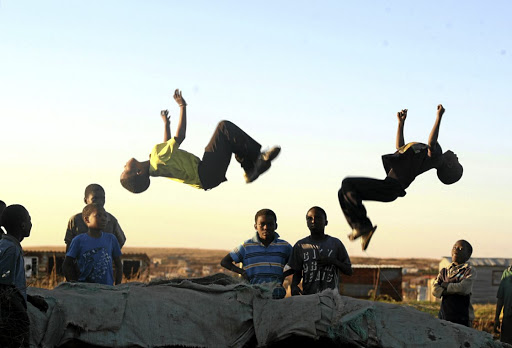 Let boys have fun but they must also be taught that they too are emotional beings and that it's ok to cry if hurt. /Bafana Mahlangu

A few days ago, my good friend Prof Kopano Ratele sent me a message that read: "Over the last decade or so, I have become acutely aware of the unkindness and injury we as a society are inflicting on boys as a group. Boys are not men. They are children. We claim to pay attention to all children while in actual fact we have marginalised boy children, especially boys from poor households, in the programmes we offer."

The timing of the message was impeccable, as it coincided with the observation of World Day of the Boy Child on May 16. The usual transpired on the day - a few articles here and there, a few seemingly forced social media posts by some organisations... the usual.

See, I am not much of a social media person, I do not know anything about its intricacies and I am not entirely sure how much effort goes into tweets and the likes.

The point of this article is not to scold the media for failing to lend a hand in educating our boys, more so on a day that is meant to celebrate and teach them, but instead I want to urge parents, in particular men, to take the situation we currently find ourselves in to engage their boys.

ANC Women's League president Bathabile Dlamini has called on young women to challenge patriarchy within the ANC ranks, and in society at large.
News
2 years ago

The Covid-19 pandemic has wreaked havoc the world over. Countries are closed, jobs and lives are being lost. Makes for grim reading. To curb the spread a lot of countries have instituted lockdowns. This means restrictions to movement and other measures.

While some have decided to take this time to learn new skills, some have found themselves exposed to abuse, while some prepare for a future of unemployment.

As we adjust to the "new normal", in our individual homes and as the world, I implore parents to take this child to remind the boy child that "Be strong. Men don't cry" is a myth.

The theme for this year's World Day of the Boy Child was "Empowering, Guiding, And Providing Role Models for A Peaceful World". We as parents, especially men need to take this time to remodel "manhood' to our boys. We need to remind our boys that fragility and being vulnerable is not inconsistent with being a man and a good father.

In 2000, the World Health Organisation (WHO) reported that the murder rate of women in SA was more than five times the world average. The same data also shows that between 2000 and 2015, the murder rate for men in SA has been three times the rate for women. The rates of homicide of young black males are the highest of any group.

The former EFF spokesperson was lambasted for suggesting that if a woman rejects feminism, it 'may very well mean you accept male domination'.
News
2 years ago

This largely because we teach our boys to suppress their emotions, because that is what we were taught. We keep breeding the same self-destructive men, because we do not take the time out to engage boys on healthy ways to express emotions.

We need to teach our boys that, while gender inequality means that boys because of their sex both directly and indirectly beneficiaries of patriarchy, they are also harmed by gender inequality and would therefore benefit existing in a world in which women are liberated.

As a beneficiary of toxic masculinity and patriarchy, I am urging all men to teach their boys that patriarchy as a system is a double-edged sword - boys like girls, are not shielded from the toxicity of patriarchy.

While we teach our boys to wear masks and sanitise their hands, can we also take this time to equally invest in teaching them that the pervasive and hegemonic form of manhood that we have come to accept is not the standard.

It is possible to express one's thoughts and feelings without violence, and it is okay to prefer pink over blue. Boy children matter. Let us invest empowering them and deter the breeding of violent angry men.

On Tuesday, the Constitutional Court will hear argument in a case which has significant implications for the rights of domestic workers. Domestic ...
News
2 years ago

Channel defends show, cultural gurus blast itTaxi associations are worried about the rate at which their members are being killed in hits despite ...
Entertainment
2 years ago
Next Article