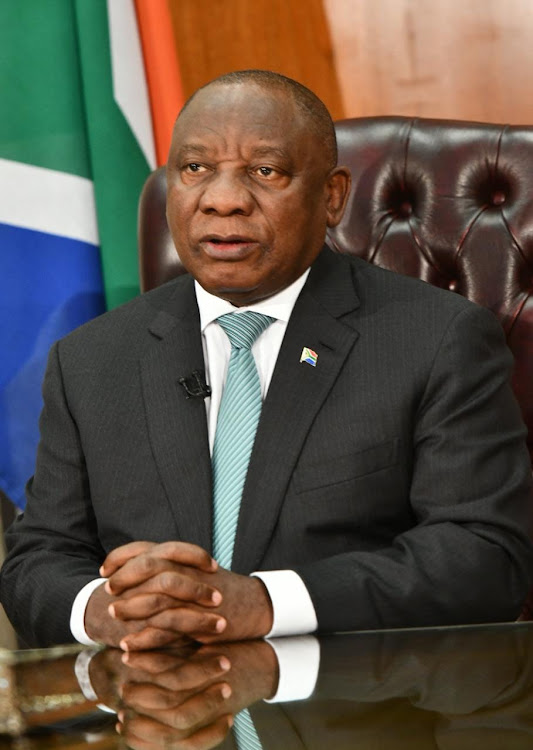 President Cyril Ramaphosa should have used the opportunity to state clearly what he believes his government has done wrong and commit to some form of accountability for those responsible in his address, the writer says.
Image: GCIS

There can be no doubt that President Cyril Ramaphosa was under immense pressure to address the nation in the past week.

With the DA, the official opposition, leading the charge, many South Africans, in particular the business classes, had grown frustrated by what they viewed as the president's silence in the face of the increasing economic disaster brought by the current national lockdown.

And so on Wednesday night, Ramaphosa came out and gave a speech that left many puzzled at its objective.

We believe there are two important things his speech told the nation.

The first is that the government needs time and input to decide on whether to ease restrictions to level 3 for most of the country by month end.

The second, and arguably more important, is that government conceded that its implementation, communication and enforcement of the regulations has at times been found wanting.

Many have welcomed Ramaphosa's concession in this regard as a sign of a leader who listens and is responsive to public sentiment.

While this may be true, we believe that the president's concessions, while welcome, did not go far enough to compel behavioural change among the culprits in the state.

The president should have used the opportunity to state clearly what he believes his government has done wrong and commit to some form of accountability for those responsible.

This is crucially important because those who hold state power and abuse it when enforcing restrictions do so invoking his name.

They view their actions not as trampling on basic human rights, but as an implementation of his orders.

We therefore believe it would have been important for him to publicly acknowledge the kind of transgressions he believes should not have happened and affirm that they are unacceptable in a constitutional democracy.

Doing so could have gone some way to bridge the widening trust deficit between the government and ordinary people.

The KwaZulu-Natal economy is expected to shrink by about 8%, while unemployment is expected to hit 27%, according to premier Sihle Zikalala.
News
1 year ago

This is an opportunity for our universities to regain credibility

In a rapidly changing, uncertain and complex world, the role that universities play as the engines of social mobility, as drivers of the economy and ...
Opinion
1 year ago

Most parts of SA may be downgraded to Covid-19 alert level 3 next month as the government moves towards easing national lockdown restrictions and ...
News
1 year ago
Next Article