Putting lives above economy is a tough but good decision 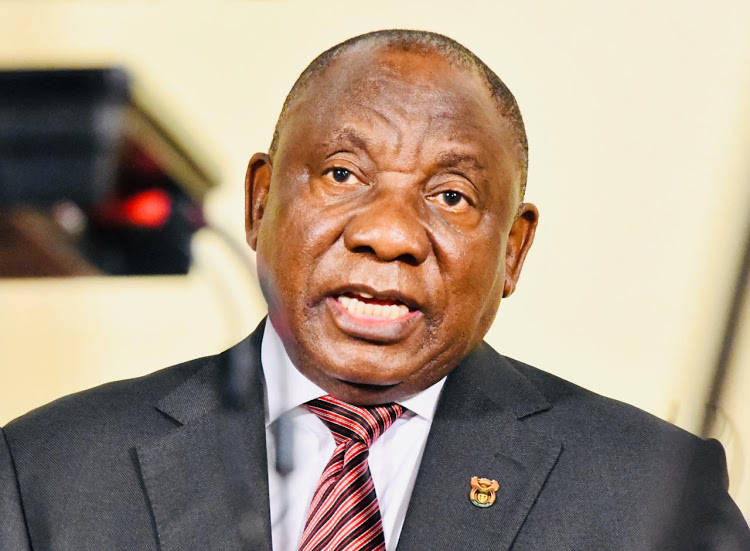 The decision by President Cyril Ramaphosa to save lives while tough, was the correct one, the writer says.
Image: Siya Duda / GCIS

On April 9, Presidenct Cyril Ramaphosa announced what many saw coming: SA's nationwide lockdown would be extended.

In his speech, he declared that since the start of the lockdown, the average daily increase in new Covid-19 cases had been 4%, which was down from 42% in the two weeks prior to lockdown.

The majority of existing confirmed cases, around 67%, have been coming from the private health sector. But government is now focusing on testing through public health facilities.

On April 20, about 40,000 of the 121,510 tests conducted were done in public laboratories, according to a government statement.

South Africans without private access make up about 84% of the population, so a drastic surge should be expected over the next few weeks.

A rise in the case numbers might seem like a step backwards, but in actual fact, higher numbers would mean an effective lockdown.

Currently, the number of official cases are not reflecting the true magnitude of the virus in the country. It is not something that can be fully ascertained in three weeks of lockdown.

But a higher number of cases means a wider reach of the government's tracking and tracing system.

Italy, which has the highest number of recorded deaths in Europe, has been in lockdown since March 9. With almost 200,000 cases and about 25,000 deaths recorded, the country is in a dire state.

But after five weeks of the lockdown, the number of patients in intensive care has dropped for the first time since the outbreak began. Recent data shows that the rate of infection has slowed down.

With more than 200,000 confirmed cases, the highest in Europe, Spain has seen a recent dip in rate of infection too. The prime minister Pedro Sánchez said Spain's three weeks of their lockdown have led to the daily decrease of cases going from 20% down to 6%.

An extended lockdown is a scenario which even the world’s wealthiest countries can’t entertain, let alone a debt-ridden country which was already in ...
Business
2 years ago

On April 13, the country reported its smallest proportional daily increase of deaths since the tracking began. Salvador Illa, the health minister of Spain, said the pandemic has passed its peak. This has led to a controversial decision by the government to ease the lockdown restrictions, with an estimated 300,000 nonessential staff returning to work.

The decision was widely seen as a move to revitalise the Spanish economy, getting people back to work with the risk of resurgence in infection rates. That is the catch-22 of Covid-19: how do you keep people safe at home long enough to flatten the curve, but not so long as to let their pockets empty?

In SA, government has broken its economic relief plan into three phases. The first began in March when the coronavirus pandemic was declared a national disaster.

Most notably, the executive and provincial premiers would take a 33% pay cut, which will go to the Solidarity Fund, and the Unemployment Insurance Fund (UIF) had set aside R40bn for employees who are unable to go to work.

In his address to the nation this week, the president declared that the government was now embarking on the second phase of its economic recovery plan in an attempt to stabilise the economy, address the extreme decline in supply and demand and protect jobs.

He announced a massive social relief and economic support package of R500bn, which amounts to around 10% of GDP.

Ramaphosa faced a tough decision in this crisis. But his decision has been the correct one: to put lives above the economy.

*Ramiah is a freelance writer and journalist

South Africans will know on Thursday about the government's plans to ease the nationwide lockdown.
News
2 years ago

Various groups have weighed in on the R500bn package announced by President Cyril Ramaphosa on Tuesday to stabilise the economy during the Covid-19 ...
News
2 years ago

Spur Group will not reopen its 600 restaurants under soft lockdown

The Spur Group will not be opening its restaurants any time soon as it was hit hard by physical distancing rules even before the lockdown.
News
2 years ago
Next Article