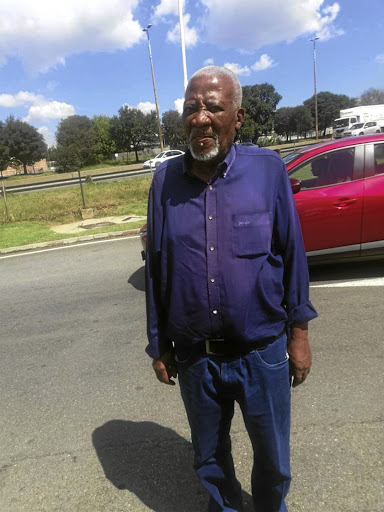 A title deed is an important legal document which proves ownership of a home or piece of land.

But a Sowetan pensioner has been battling to get his title deed after paying transfer fees to his attorney.

Josia Sekgoatle, 79, of White City, Jabavu, used his pension payout to buy himself a retirement home in 2009.

He said he sold his house through Sejwane-Thuwe Attorneys because he wanted to downgrade to a smaller house.

Sekgoatle said Sejwane kept R90,000 out of the R300,000 which was the sale amount of his house. The house he intended to buy was sold for R80,000 and its transfer was to be done by Sejwane as well, said Sekgoatle.

The father of six said the attorney later promised that he would get his title deed within three months.

He said Sejwane only paid the seller R30,000 of his asking price and the balance was not paid because the seller subsequently died.

This complicated things as Sejwane had to look for the beneficiaries of the deceased and four years later they located one in Limpopo.

"Four years later I helped this firm to trace the beneficiary, and after its guardian signed the necessary documents Sejwane promised that I would get my title deed in two months' time," Sekgoatle said. He said its been 11 years since he bought the house but he has no title deed to prove ownership.

Winding up of the estate of a dead person can take anything from six to 10 years depending on the size of the money, properties and debt to be paid ...
Opinion
1 year ago

Sekgoatle said the seller's remaining R50,000 formed part of his late estate which should have been wound up quickly because his assets did not exceed R250,000.

In trying to expedite the process, he said Sejwane advised him to get his file from the Master of the High Court, which he did and gave him the copies soon after they visited the late seller's beneficiary.

Sekgoatle is currently renting out his house to a prospective buyer and said he is worried that should he die his house would not form part of his deceased estate and his tenant would also lose his opportunity to buy it.

He said this is stressful for him and is worried that he can collapse and die any time.

"Taba ya title deed ya nkgathatsa moyeng. A ke robale le bosiu, ke bona hore ke tla bolawa ke yona" (The title deed matter troubles me. It keeps me awake at night and I'm afraid it will kill me one day).

He said complaining to the Law Society of the Northern Provinces has not helped because he was told they could not find anything wrong that the attorney did.

He said he would die a very bitter man if he did not enjoy the proceeds of the house he intends to sell. He said his tenant is willing to buy the house for R350,000 and that could afford him a more decent life in advanced age.

Choose where to buy parts, fix car.
Opinion
1 year ago

However, Tiragalo Solomon Sejwane said Sekgoatle did not pay R10,000 as alleged but was charged an amount of R5,938.91 which was deducted from retained funds held on his behalf.

"There is a long history on this matter, which if need be at the appropriate time and forum I will detail some," Sejwane said.

He apportioned blame to Sekgoatle for unlawfully removing documents from the Master of the High Court file.

He said he also failed to provide proof of payments for services including "illegal connections".

Sejwane said City of Johannesburg did not have records of water readings and delayed sending meter assessors.

"In the interim we have just received Rates and Clearance Figures from the City of Johannesburg and are attending to the matter and we are amiable to final resolution on this matter," Sejwane said.

"Please note that any omission on our part to respond to every allegation made against us does not constitute admission thereof and we reserve all rights to respond at an appropriate time and forum."

At the time of going to print, Sejwane had not responded to allegations that he kept the seller's money or whether he had paid the beneficiary of the now deceased seller.