Cyril's test after pandemic will be unemployment, poverty, inequality 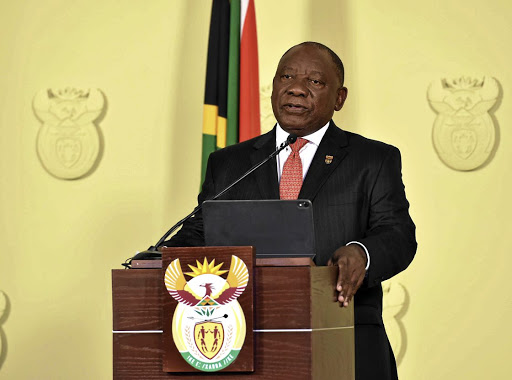 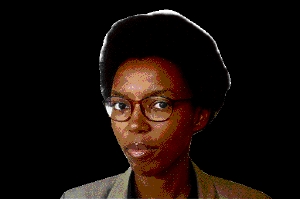 When Cyril Ramaphosa took over as president, it was clear what his presidency would be about.

History was going to judge him on his ability to put SA back on a trajectory of high economic growth that supports job-creation to slash the country's unsustainable unemployment and growing levels of poverty.

Now it has become about how he handles Covid-19 and navigates SA through a global pandemic.

Unfortunately, he has to do so on the back of serious socioeconomic pressures and in the context of eroded confidence in the integrity of state institutions and credibility of political leadership, particularly from his governing ANC.

Complacency can be very expensive. This is one of the biggest lessons we can take from Ramaphosa's experience as president. His party, the ANC, waited too long to act to stop the damage done by the preceding administration.

At the time the SA stock market lost billions and the rand lost value because of self-inflicted bad leadership and policy decisions, one former minister quipped it is okay for the rand to fall as they would simply "pick it up".

Lockdown will hit women harder due to gender bias

The world has been hit by an unprecedented, brutal and tragic pandemic which has left bare the world's insufficiencies in dealing with inequality.
Opinion
1 year ago

The ANC made the mistake of thinking it would have time, that the country would have time to recover. There was no thought about preparing for future threats or dangers.

It is easy to procrastinate doing what is necessary when you think you have time. In the world we live in today, when things can change suddenly and certainty is almost elusive, it is important to have leaders who take the right actions at the appropriate time, understanding that decisions in the present have implications for the future.

At the beginning of Ramaphosa's presidency, his task was simple. It was largely to undo the damage of the past decade. It would be unfair to say he has not made some efforts in the almost three years as president. Despite his efforts though, even before Covid-19 made its debut, things were not looking good. The triple challenge - unemployment, poverty and inequality - is stubborn and seemingly unrelenting.

If it were not for his ability to rally various stakeholders and his competence in consensus-building and negotiation, his administration would not have been able to take the decisive action he announced on Monday night, to shut the country down for 21 days.

Giving his State of the Nation Address last month, Ramaphosa dwelt on the idea of a social compact. He isolated this as the defining essence of our democracy and as a mark of what makes the new SA resilient.

He took the helm at a time when SA requires decisive leadership. Leadership able to make difficult decisions and willing to face the fallout from trade-offs that need to be made. The kind of leadership that is not interested in pleasing everybody but unshaken in its resolve to do what is necessary to get SA working better.

Given SA's ongoing difficulties it was difficult to see how seeking consensus at every turn was going to lead to decisive action from government on policy and governance. His government by summit just made him come across as indecisive.

As if foreseeing the task of having to rally the nation behind the efforts to combat Covid-19, he said during his Sona: "[T]he great responsibility we shoulder as government is to drive collaboration . Achieving consensus and building social compacts is not a demonstration of weakness. It is the very essence of who we are."

Right now, this is the kind of leadership we need, one that can get all stakeholders on board to not only reap the benefits but to make the necessary sacrifices to avert a devastating health crisis. The next test will be whether he can get the same commitments to solve unemployment, poverty and inequality.