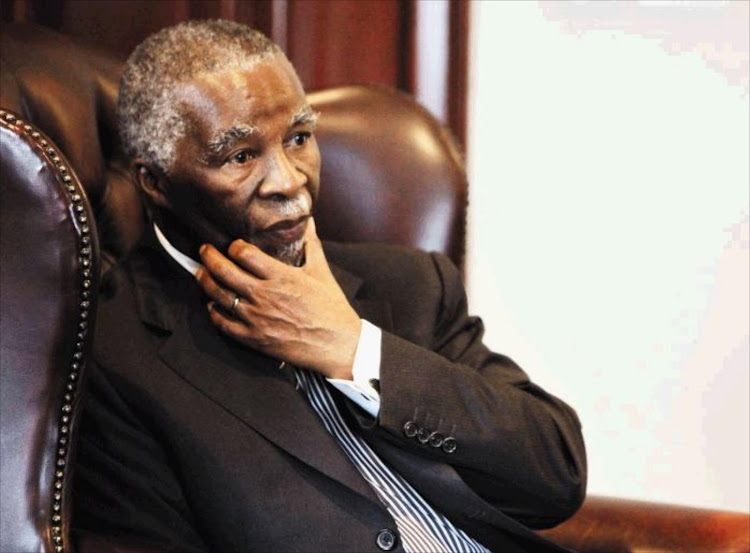 Former President Thabo Mbeki understood that he would serve the country, not his birthplace, the writer says.

As I went through a Facebook post of Free State premier Sefora "Sisi" Ntombela on International Women's Day, held in her birthplace of Tweeling, the reality of a missing Thabo Mbeki-leader type, as Mark Gevisser describes him in Thabo Mbeki: the Dream Deferred, in our contemporary body politic dawned on me.

A few weeks before Mbeki would become the second SA president following the democratic dispensation in 1994, Gevisser visited Mbeki's birthplace in Mbewuleni, Eastern Cape, accompanied by his late mother, Epainette.

Upon their arrival, a group of female villagers surrounded Epainette and one of them cut to the chase with the question: "Where is that son of yours?" The senior villager, who claimed the incoming president as "our child", wanted to tell him about their impatience over a lack of access to services such as electricity, telephones, and water.

Unknown to her, Mbeki had already vowed to his mother that Mbewuleni "is the very last village in the whole of South Africa he will ever come to". To Gevisser, his vow described two things about him: First, "his stern disavowal of sentimentality of ethnic identity and the favour of familial patronage", and second, his political detachment from Mbewuleni, largely owing to a three-decade engagement in the Struggle in exile.

Mbeki never set a foot in Mbewuleni during his presidency, according to his biographer.

STEVE Biko's leadership has lessons for contemporary discussions of leadership and succession in South Africa. His friend, Aelred Stubbs, has ...
Opinion
9 years ago

South Africa’s governing African National Congress’s previous four policy conferences have given a very good indication of what the policy ...
News
4 years ago

In essence, Mbeki understood that he would serve the country, not his birthplace. Commenting on his respectful compliance with an ANC decision to recall him as the president and resigning, Ivorian computer programmer Noel Desire exalted him as "a model of democracy, because here's one African who has understood that you have to put the interests of a country before your own personal interests".

The Mbeki-leader type went missing in our body politic at the 52nd ANC national conference, where a brigade of "it's our turn to eat," to borrow from Kenyan author Michela Wrong's book title, assumed power. This opened the floodgates for massive administrative corruption in what has come to be known as state capture. It is estimated that state capture has cost the country more than R500bn.

Ntombela comes across as a birthplace-focused premier, more like her predecessor ANC secretary-general Ace Magashule, if the decisions to hold the event and build a skills development centre - officially opened by her and President Cyril Ramaphosa on the same day - in Tweeling are anything to go by. They smack of what Mbeki disavowed: "sentimentality of ethnic identity and the favour of familial patronage".

There is a general view in Free State that Parys had become a focal point of developments under Magashule as premier. A comparative inspection of Parys - Magashule's birthplace - and any town in the Ngwathe local municipality lends credence to this view.

There is also a general view that Magashule deployed his allies from Parys to head certain departments and municipalities to build "familial patronage". Incidentally, it is said Magashule remains a de facto premier through Ntombela.

Like Mbeki, Ntombela should understand that she is serving the province, not her birthplace. As the former Tweeling mayor, she had an opportunity to serve her birthplace.

To locate the missing Mbeki-leader type within its ranks, the ANC should deploy its members throughout SA. This would help it fight corruption and factionalism.

*Tshabalala is an independent political analyst