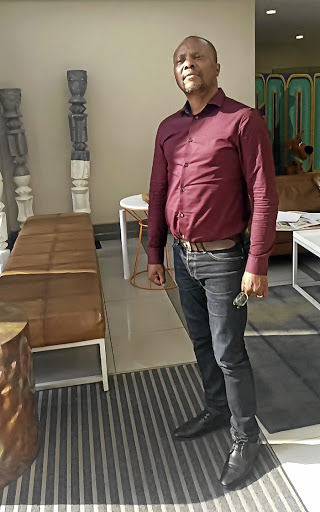 Silumko Baba says an estate agent was paid a commission even though they never brought potential buyers to see the house he wanted to sell. /THULI ZUNGU

In terms of the law, estate agents are only entitled to earn a commission after helping their clients regardless of the time or effort spent in doing so.

But the law will not give the estate agents power to claim for a commission if they fail to fulfil the mandate of their clients.

However, Nhlabathi Gys Louw Incorporated (NGL) Attorneys is accused of paying an estate agent for doing nothing.

Silumko Baba and his wife Lorrain, have been battling to recover their R250,000 they paid into the trust account of this law firm five years ago after their estate agent abandoned her duties to sell their house.

But the law firm denied they acted wrongfully, instead accusing the Babas of breaching the contract they had with them, saying doing so entitled the agent to claim for the commission.

The Babas said in 2015 they intended to buy a property within Bassonia Estate, south of Johannesburg, through Legacy Corner real estate agency that was run by mother and son team at the time.

The house they intended to buy was worth R4.5m, the Babas said.

After signing the offer to purchase the property, the estate agent allegedly put them under pressure to pay something as an indication that they were serious about their intention to buy the house.

She said Smith told them he would be entitled to 8% commission of the purchase amount once the house was registered into their names.

"We clearly indicated to her that the house in Bassonia Estate will only be purchased once ours has been sold," Lorrain said.

But few weeks later they received a call from Smith who advised them to pay something towards the house they wanted to buy, the family told Consumer Line.

Estate agency board accused of not doing its job

Consumer sent from pillar to post for years.
Opinion
1 year ago

Estate agents must have fidelity fund certificate.
Opinion
1 year ago

They said they deposited R100,000 into the account of the lawyer, but the demands for further payments did not stop until they had paid a quarter of a million within three months.

"During this time she has not even sent prospective buyer to view our house and we were not shown any advert that our house was put on sale," they said.

"Twenty four days later, Smith urged us to pay a further R50,000 to show we were serious about buying the house."

The total amount of R250,000 was allegedly paid in three deposits on separate dates into the trust account of NGL attorneys who should have kept it until the house was transferred into our names.

"We heard nothing from the agent and we did not know her whereabouts but when she emerged she told us that the seller, attorneys and the agency had incurred losses and it was unlikely that we would receive our money back," Silumko said.

The couple said they had, at the same time of signing the offer to purchase, gave the estate agent an instruction to sell their house.

"The estate agent did not bring even one person to view our house but still wanted us to pay more money even though she had not carried out our instruction," Lorraine said.

She said Smith later told them that the deal was off and referred them to NGL attorneys.

Silumko said they feel betrayed by both the lawyers and the agent because no one carried out their mandate.

"We did not breach any contract. Smith did nothing except demanding payment from us," the Babas said.

Efforts to get comment from Smith proved futile as they no longer use the contact details they gave the Babas and their agency no longer exists.

Judith Williams, a director at NGL, said the Babas signed an offer to purchase on August 18 2015 and were required to pay a deposit of R500,000 within 10 days.

The purchase price of R4,8m and the balance was to be paid before September 30 2015. Williams said there was no condition that the funds to buy the new house would come from the sale of their existing property.

"In actual fact, we received an email from Lorrain Baba on February 2016 informing us that the funds [to buy the new house] were meant to come from government," Williams said.

"Only R250,000 was paid into our trust account and numerous breach letters were emailed to Mrs Baba and sent via registered post to their chosen domicilium in terms of the signed offer to purchase."

She said the final cancellation letter was emailed and posted on December 10 2015 to the Babas.

Williams further said the law firm also had numerous telephonic discussions with the Babas and they also came to offices for further discussions.

She said in all correspondence with the Baba family it was explained to them what the legal implications were should the transaction be cancelled and that they would be held liable for wasted costs, estate agents commission and damages to the seller as per clause 6 of their contract.

"It is very strange that after all this time, four years later, they seek assistance from you when our offices are open and available as well as our governing body being the Law Society where they could have laid a complaint.

"Any claim they had against the estate agent or the seller has prescribed [lapsed] after three years," Williams explained.

"They definitely have not been exploited by other third parties. The Babas were aware of their obligations and duties in terms of the signed offer to purchase and they failed to perform and were placed in breach and eventually the transaction was cancelled which is the normal course of events. Unfortunately, I can only act in terms of what is in signed and in writing."