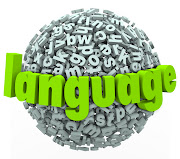 Image: 123RF/ iqoncept We also hope the move will result in a shift in society's attitude towards using more indigenous languages and, in turn, lead to South African universities offering lessons and companies using African languages in their boardrooms, the writer says.

We welcome the announcement that Eastern Cape matriculants will soon be able to write final examinations in their mother tongue, Xhosa.

They agreed to have a bilingual examination for the National Senior Certificate, especially in Eastern Cape. The department will now prepare for 18 months before the decision can come into effect.

"The province has conducted research and provided evidence that their learners could be struggling with English as a language of teaching and learning and hence the under achievement. The province proposed an examination in both English and isiXhosa in grade 12," Motshekga said.

She said CEM had referred the issue to the heads of education committee to consider the practicality of implementing what Eastern Cape had started.

There are plans to roll out the bilingual examination papers in other provinces in future.

The department should be commended for this move. It will go a long way in promoting indigenous languages in South Africa.

A study done by the Human Sciences Research Council released last year showed that 65% of parents wanted their kids taught in English, as it was seen to have "economic benefits".

It was no surprise that parents chose English because it is more popular than the other 10 official languages. It is the country's preferred business language - used at schools, universities and companies.

Experts have said in the past that children excel when they are taught in their home language.

We are hopeful that the department will go all out and provide resources to ensure that in future all parents will have a choice of language used in teaching from grade 1.

We also hope the move will result in a shift in society's attitude towards using more indigenous languages and, in turn, lead to South African universities offering lessons and companies using African languages in their boardrooms.