Police leadership a disgrace to our democracy and country's citizens 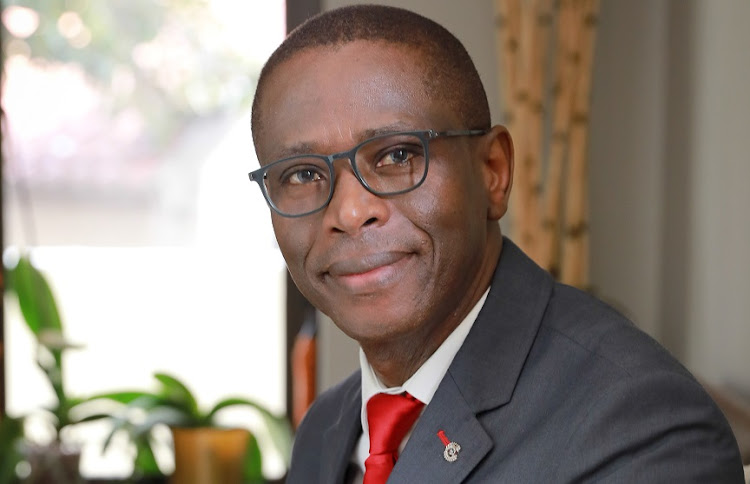 South African Forum of Civil Engineering Contractors CEO Webster Mfebe said there have been an astonishing 51 court interdicts but "not a single person has been successfully charged" for the activities of the construction mafia.
Image: Sebabatso Mosamo \ Sunday Times

Newspapers usually put the freshest scandal of the day or the week on the front page. Television and radio outlets put such outrages at the top of their news bulletins.

The biggest scandal in SA last weekend was hidden far, far back in the Sunday Times. To get to it you had to go through the news section, then the opinion section, wade through the sports section and finally plough through the business section.

On page nine you would have read: "Ten meetings with the national police commissioner to discuss tackling the construction mafia in SA have been cancelled in the past four months," says South African Forum of Civil Engineering Contractors CEO Webster Mfebe.

The construction mafia are armed gangs that arrive on construction sites, try to extort money from legitimate contractors and use such violent methods that 84 infrastructure projects worth more than R27bn have been abandoned by fearful companies.

The phenomenon started in KwaZulu-Natal more than two years ago, spread to the Eastern Cape and is now raging like wildfire across the nation. Just this past week, a small contractor in Soshanguve told a harrowing story about attempts by these gangsters to hijack a government project he was working on.

The labour court has lifted the suspension of board members of the accounting authority and now they may resume duties at the construction education ...
News
1 year ago

The modus operandi is the same: a government project is announced, and when the chosen contractor starts work a "business forum" emerges and demands at least 30% of the fee for "labour work". In most instances, these "business forums" just want the cash. It is a criminal racket.

These people are not unknown. A few weeks ago Carte Blanche ran an exposé of their methods.

Construction companies have brought court interdicts against them and have identified them again and again. Mfebe says there have been an astonishing 51 court interdicts but "not a single person has been successfully charged". Instead, we have promises.

In his budget speech on February 26, finance minister Tito Mboweni said: ". those who storm construction sites or mines, harm growth and lead to job losses, communities should expose such people to allow ministers [Bheki] Cele and [Ronald] Lamola [ministers of police and justice] to ensure that the law takes its course. I hope all South Africans join me in condemning this."

Fine words indeed, but there is no action. If the police commissioner Khehla Sitole cannot honour 10 meetings in succession then he is clearly so incompetent that he cannot be trusted to even wash his own armpits. Such a person should not be allowed close to the running of a police service.

Safcec boss in waiting is gone
News
2 years ago

The truth is that the SA Police Service leadership is failing South Africans. Violence is rampant across our university campuses and not a single person has been arrested. A culture of lawlessness has taken hold.

Indeed, a culture in which lawlessness and anarchy is lauded as revolutionary is encouraged. The "construction mafia", for example, sees itself as part of the "radical economic transformation" brigade in the ANC.

Reflecting on campus violence this past week, Wits University vice-chancellor Adam Habib tweeted: "The reason our campuses are burning is also because the SAPS do not do their jobs properly. The police are reluctant to make arrests, focus on protecting the rights of protesters, and never the rights of ordinary citizens who are often threatened and violated. How can there be so much arson at our universities without anyone being arrested? The crisis of violence in society is a direct result of the incompetence of the police service. Even democracies require good policing."

It would be nice to say President Cyril Ramaphosa should fire Sitole and even the minister, Cele, and the deputy Cassel Mathale. We know he won't do this. Cele was key to bringing him to power, using his base in KZN. Similarly, Mathale used his in Limpopo.

Meanwhile, millions of unemployed people find themselves on the streets as major projects are abandoned. Ramaphosa has pledged a staggering R700bn in infrastructure projects over the next 10 years. Until he can get his police commissioner to attend a simple meeting, just one, that is a pipe dream.

The ANC in KwaZulu-Natal has condemned the disruption of government services by groups such as the Federation for Radical Economic Transformation ...
News
3 years ago

The controversial Delangokubona Business Forum has again forced the closure of the N2 in Durban due to a refuse collection contract dispute.
News
3 years ago

Former president Zuma to be lauded by controversial business bodies

Jacob Zuma will this week be honoured for his stance on radical economic transformation.
News
3 years ago
Next Article