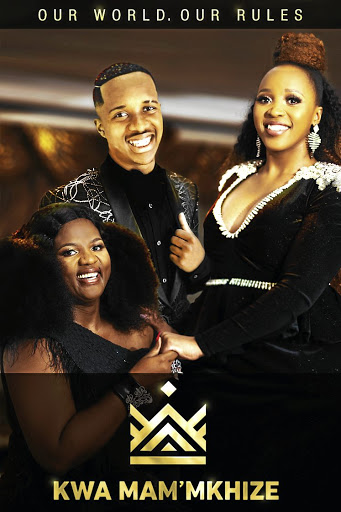 Durban businesswoman and reality showstar Shauwn Mkhize with her children,Andile and Sbahle Mpisane on a promotional shoot for her 'reality' show, one of several currently on TV.
Image: SUPPLIED

There is a new television culture of reality shows that is fast taking over the minds of many black South Africans. Some people call it "trash TV".

Here are some of the most popular shows: Kwa Mam'Mkhize, Living the Dream with Somizi, Keeping up with the Kardashians, The Village Girls, and so on.

Other than the crudest ones that vulgarise black life (such as Musa Mseleku's women-demeaning Mnakwethu), the common thread of the reality shows is to mirror the theatrically gaudy life of shallow money.

The most discerning among us will notice that no single person who appears on Forbes magazine's list has a reality show. Only idiots who bumped into money yesterday invite TV cameras into their homes.

In a free country, even idiocy deserves liberty. The problem arises when the actions of a few portrays a false image of the many.

Indeed, the world does not isolate corrupt black leaders from the collective image of black people as a whole. Whenever former president Jacob Zuma stepped onto the global stage, the world saw black people in his primitive kleptocracy.

That is why black people must worry about the new culture of reality shows that showcase shallowness under the guise of success.

The point is not to prescribe how Shauwn or Somizi must dress, or what kind of drinks must flow down their gullets; what is more important is to protect the collective image of black people from the theatrical performance of shallow money.

The irony of the so-called "reality" shows is that they are in fact not real. There are many things that the actors would not do in the absence of TV cameras. The whole thing is performance, not reality.

There are people who might plead a didactic case. If indeed the purpose of reality shows is to educate, why can't the choreographers show the masses of poor black people the surest way of escaping poverty for the greatest number of people - education?

We black people have real problems. Our communities have been ravaged by poverty, unemployment, alcoholism and drug abuse, women abuse, and so on.

Would it not be helpful if our creatives were to produce popular TV shows that leave viewers with a sense of determination to do something to build a better society?

In his book, Homo Deus, historian Yuval Harari stretches the eye of his mind to peep into the future that awaits humankind.

Harari foresees a future where the production of goods will no longer be organised along the exploitative lines that troubled Karl Marx in his day.

"Irrelevance" is the other name for unemployment.

In the age of irrelevance, the best career will be entertainment.

The most popular entertainers will be those who make the poor believe that it is easy to make money. Poor people will spend long hours watching all manner of mind-dumbing reality shows that distort the very thing they think they are observing - reality.

Money will be easy to make, but only for the entertainers. They will become rich simply by peddling nonsense on TV. The greater the number of poor people watch the reality shows, the more money the entertainers will make.

The first episode of Somizi Mhlongo and Mohale Motaung’s much-anticipated wedding special Somizi and Mohale: The Union premiered today. The ...
Entertainment
1 year ago

Outside the pseudo-reality of reality shows, real life will become even more unbearable.

Statistics after statistics will reveal that the masses are sinking further and further into irrelevance.

Those who own television and their hired choreographers will master the art of keeping the poor busy.

The poor will be fed the very things that keep them in poverty - reality shows. Occasionally there will be a soccer match here and there to make poor people feel like they are winning something.

Could it be that the future has already arrived?

Is there something we can do to save black people from reality shows?