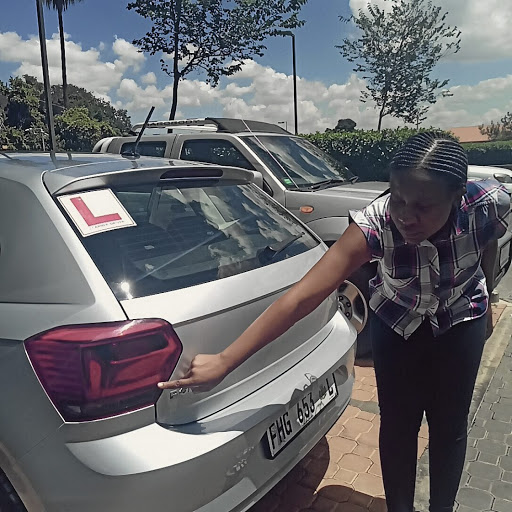 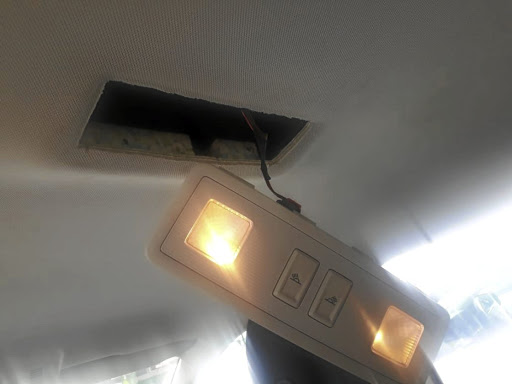 Every time it rains, Hetisani Baloyi gets worried because water gets into the boot of her 2018 VW Polo and soaks the back seat.

She bought the second-hand car from BB Polokwane Nissan in December for R300,000, she said.

Baloyi, 32, from Tiyane village in Giyani, Limpopo, said the car had only clocked 8000km and looked fairly new when she bought it.

She is so frustrated by the defects on her car that she is trying hard to get the vehicle exchanged or to terminate her contract with Motor Finance Corporation (MFC), a division of Nedbank.

The mother of three said she was sold a dud.

She said the salesman who sold her the car never disclosed to her that it was previously involved in an accident.

Though Consumer Line is not an expert in assessing cars, we managed to detect defects on the car when Baloyi visited our offices.

When you switch on the car's air-conditioner, you are certain to get sprayed by shards of glass.

Water enters the rear lights when it's raining and it is the same with the boot.

On taking a closer look, Consumer Line noted that the back doors are not properly aligned with the front ones.

She said water seeps through the seams of the boot even after it's being washed at the car wash.

If it rains heavily and the car is parked outside the water could fill up the boot, she said.

The so-called "419" scammers will always find a way of depriving Sowetan readers of their money.
Opinion
1 year ago

Baloyi said she noticed the defects on the car a day after buying it.

"I almost fainted when the [interior] light dropped as I was driving," she said.

She said she called the dealer the following day but no- one came to her rescue. As she continued driving, shattered glass dropped from the seams of the windscreen and the dashboard.

"Look, I can't switch on the aircon without risking glass injuring my eyes," she said.

Baloyi said complaining to the dealership did not help as she was literally chased away and told to deal with MFC.

She said she tried to show them that her car has defects, but was told they can only repair her car under its warranty and not exchange it or cancel her contract.

"They told me I cannot compare a Mercedes-Benz with a Polo, but I've never heard anyone who drives the same car complaining of the same problems that I am experiencing," she said.

According to the Consumer Protection Act, the consumer has a right to fair and honest dealing, but the seller seems to have failed to disclose to her that the car was previously involved in an accident.

"I also have the right to return this defective car for an exchange or to cancellation of this contract," Baloyi said.

Karl Ferreira, the dealer principal at BB Polokwane Nissan, refused to comment about Baloyi's claims when contacted by Consumer Line.

"I have already responded to MFC, go get your response from them. I don't want to argue with the newspaper," he said.

He did not respond even after Consumer Line sent him a WhatsApp video showing Baloyi draining water from the boot of the car out of the spare wheel well.

MFC distanced itself from Baloyi's complaint.

"[But] we strive to ensure that the selling dealer, as the supplier of goods, fully honour their obligations towards consumers in terms of the Consumer Protection Act," said MFC managing director Trevor Browse.

He said BB Auto Polokwane contacted MFC early last month to advise them that Baloyi had approached them expressing her unhappiness about the vehicle and despite attempts to remedy Baloyi's concerns, they were not able to resolve the matter.

MFC then contacted Baloyi directly in an effort to assist her with her complaint and to investigate the complaint, Browse said.

"Unfortunately, we are unable to resolve Baloyi's complaint."

He said the review found that the vehicle had travelled a substantial distance after date of sale and there was no evidence to support the allegation the vehicle has been "cut and joined" prior to the sale.

"The dealer maintained that the vehicle sold to Ms Baloyi was in very good condition, is still under the manufacturer's original warranty and service plan."

He said MFC can only intervene if Baloyi approached the Motor Industry Ombudsman with her complaint and the ombud found in her favour.

"In the event that Baloyi indeed approached the ombudsman for assistance, MFC will gladly assist her should the ombudsman recommend any action that is required from BB Auto Polokwane," Browse said.

A defect is any fact that may have a significant and reasonable impact on the market value of the property or goods;

A seller can be liable for damages if he does not make a proper disclosure;

These defects can include foundation cracks, roof leaks and termite infestation in the case of property;