Racist notions of blacks, money and corruption run deep in our beautiful land 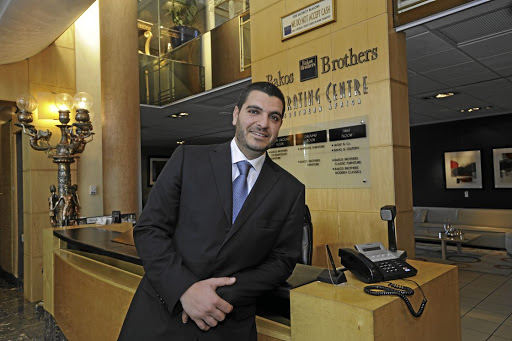 Bakos Brothers CEO Ryan Bakos has earned the ire of the twitterati for an interview in which he claims his family-owned business is struggling because 'tenderpreneurs are no more around'. /Russel Roberts

Seeing as everyone is talking about finance minister Tito Mboweni's budget this week, I thought I should also stay with the commercial theme.

I'm not going to complain about sin taxes, as is my wont every year, but I want South Africans to pause for a moment and think about the embattled Bakos Brothers luxury furniture company.

As most of our readers will know, Bakos Brothers is closing down.

Why are they closing down?

Well, Ryan Bakos, the CEO of the company, said the outfit had collapsed as a result of the government clamping down on corruption. Huh?

What's the government clamping on corruption got to do with a private, white-owned company?

You might glean some clarity from Bakos's words as quoted in Business Times this past Sunday: "With the crackdown on that side, the 'tenderpreneurs' are no more around. All of that has stopped and that's also part of the cause of why Bakos's sales had declined so much."

These comments have created some robustness in cyberspace. One commentator writes: "This is condescending on so many levels but also shows that the right surname may get you a top position, just not the intelligence to run a business or the sensitivity required to conduct an interview."

Another commentator says: "[because of tenderpreneurs] these retailers inflated the prices and forgot to run business as they should. So, when things started going south so did the business."

End of an era as Bakos Brothers closes its doors

The insinuation in Bakos's comment is simply that a black person who has some money must have obtained it through some shortcut way linked to the government.

Bakos, unlike many of the black people he is insulting, was born with a silver spoon in his mouth. He inherited a furniture company that was started by his father and his four uncles in 1971.

When I was growing up, Bakos was exclusively targeting well-to-do white South Africans. If they wanted to buy furniture, black South Africans had to go to Ellerines, Town Talk and, to a lesser extent, Frasers furnishers.

These furniture shops, which were white-owned, were driven by the hire-purchase arrangement.

Through this set-up, a person wanting to buy a lounge suite that cost R1,000 but couldn't afford it would be allowed to enter into an agreement with the store and put down a deposit. The balance would be paid in instalments over 24 months.

At the end of the term, the poor black person would have paid double the original purchase price. This rip-off hire-purchase arrangement was the most convenient, albeit costly, way of buying furniture for black people.

My impression is that Bakos Brothers suddenly changed tack when they realised there was more money in the black market post-1994. They had to capitalise on the burgeoning market of so-called black diamonds. Nothing wrong with that.

Maybe Bakos truly believed that every black person who bought from his shop was a tenderpreneur. He clearly did not pay attention to his black customers.

The reality, Mr Bakos, is that South Africans, black and white, are all under financial pressure. Because of the changing socio-economic dynamics, black people now constitute a huge bulk of Bakos's clientele.

When these people, like the rest of SA, started cutting down on peripheral expenditure Bakos was going to feel the pinch.

But what I hated was Bakos's reductionist statement that borders on racism: the insinuation that black people make their money through shortcut tenderpreneurial ways.

Bakos, there are many black professionals who work hard for their money, who do not appreciate being lumped together with tenderpreneurs.

Authors of the study which suggests coloured women have an increased risk for low cognitive function have retracted the article.
News
2 years ago

Fashion and beauty houses are regularly caught out using the theatrical mockery of blackness, a practice rightly frowned upon, writes Somaya ...
Lifestyle
2 years ago
Next Article