President Ramaphosa the voice of reason 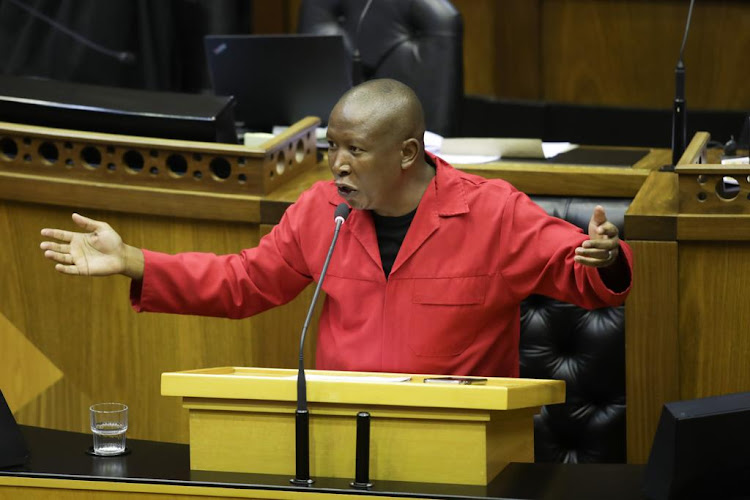 President Cyril Ramaphosa apologised to EFF leader Julius Malema and his wife Mantoa for the allegations made by Boy Mamabolo that he was abusing his wife.
Image: Esa Alexander/Sunday Times

President Cyril Ramaphosa showed leadership yesterday when he called for a truce between EFF leader Julius Malema and ANC MP Boy Mamabolo during his response to the two-day State of the Nation Address (Sona) debate.

Ramaphosa apologised to Malema and his wife Mantoa for the allegations made by Mamabolo that he was abusing his wife.

Malema and Mamabolo, who are homeboys from Seshego, are former political allies.

Addressing Malema towards the end of his response, the president said his heart went out to Mantoa and the EFF leader's family.

Malema and his wife are now suing Mamabolo for his utterances, which Ramaphosa said were uncalled for.

Mamabolo did not only embarrass Ramaphosa but the entire ruling party. The president was captured on TV on Tuesday bowing his head when Mamabolo made the startling claims.

We wonder why senior ANC MPs in the House failed to reprimand him when he made the allegations on Tuesday. But we are happy that the president has apologised and called for a truce between the two antagonists.

We also praise the president for using the podium to heartily vilify gender-based violence (GBV), the scourge that refuses to die in SA.

In reference to a text message Ramaphosa received from a young woman upset at how GBV was used as a political tool, the president said politicians should not resort to using issues such as GBV to politicise and trivialise an important issue that affects many women in SA.

He also urged everyone to engage in the struggle against GBV in their lifetime. We fully agree with Ramaphosa and we will continue to support any cause meant to fight this monster.

While Ramaphosa endeared himself to many for the way he handled himself yesterday, after the storm of criticism and derision from opposition parties during the debate, the president should continue to stand firm and show leadership.

We hope he has drawn some positives from the criticisms and recommendations to correct some of the wrongs in his administration.

Now that the drama is over in the House, it's time for our politicians to knuckle down to serious business and deliver.