Cowards hide behind Mseleku when they want isithembu 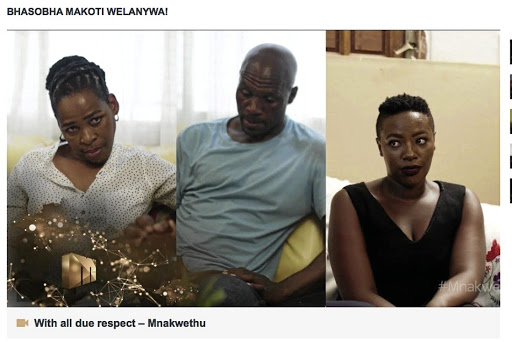 In modern times, polygamy is used to justify cheating by the husband.

I was brought up in what most would call a staunch Zulu culture. In fact, I am so entrenched in it that I still frown at Jozi modern folks who butcher the language and misinterpret the traditions.

While I could not possibly imagine myself pushing my third allocated night shift on the monthly wife rotation roster, I do understand and respect those who do agree to enter into these stokvel type of marriages.

Many of our foremothers thrived in such settings and many more of our peers are reinventing the image of polygamy and reforming the institution into an environment where women don't lose their power or dignity.

Generally, the women who are open to isithembu would go into a marriage well aware that there is a possibility of a few others taking up space in their husband's home.

Especially in this country, with there being laws that govern the protection of such marriage and the processes of ensuring that the wives are treated equally and with the same dignity afforded to marriages of western tradition.

It is a choice. And more importantly, it is a privilege that is only extended to men who embrace the tradition and marry in accordance to customary law from the get-go.

So you would think all men who desire the compliment of having multiple wives would make it known some time between the courting, the dinner outings, shopping sprees and marriage proposal. No?

Have we decided to normalise cheating on one's spouse in our society? And actually decided that men now can reveal openly who their mistresses are ...
Opinion
1 year ago

Polygamist and presenter Musa Mseleku says women in general disapprove of isithembu, but get into relationships with married men.
Entertainment
1 year ago

Nope! Not the men who hold one Mseleku (the recent celebrity serial husband) as the ultimate love guru. They believe that entering into isithembu is the same as switching lanes in a Quantum - random, brutal and done without any consideration for the other people around you.

They just think isithembu is a cure for their philandering and a trophy for the patient mistress.

Basically - a man-child wakes up on a Tuesday, a decade after vowing to commit his love to his wife till death parts them, and realises that he will go hungry the whole day because his beloved has taken ill...

Oh, also his shirts are wrinkled in the basket and he can't find his favourite vest. This would be the third day that the missus is down and it is starting to feel like an infringement of his conjugal right, you see.

That's it! He needs a brand-new wife. But he is too cowardice to approach his current wife and raise the subject of taking an additional spouse on his own. Then, as if it is not enough to ambush a woman with drastic adjustments to her married life, the man reckons that he may as well use the opportunity to steal that 15 minutes of fame and appear on TV.

So they call on Mseleku to come into their homes and record the confrontation. It does not end there! They will use this opportunity to firstly confess that they have broken their vows. for a whole seven years.

As if being burdened with such news in your own home, with Mseleku busy grinning besides you in his best traditional attire and his crew tell you to look straight into the camera. The wife then discovers that she is about to become umfazi wesithembu (a wife in a polygamous marriage). There and then. Before even getting an opportunity to pray to God to save her marriage.

All the while, their girlfriend is waiting anxiously outside the marital home excited to finally take up space in the household and cementing herself!

I guess we will never know what the actually courageous men who do not need spectators and cameras to subdue a woman into polygamy would do. Maybe tonight, some man will walk into his home with his young girlfriend in tow, and gift her to his wife for Valentine's.