Sex video saga is proof of our skewed priorities 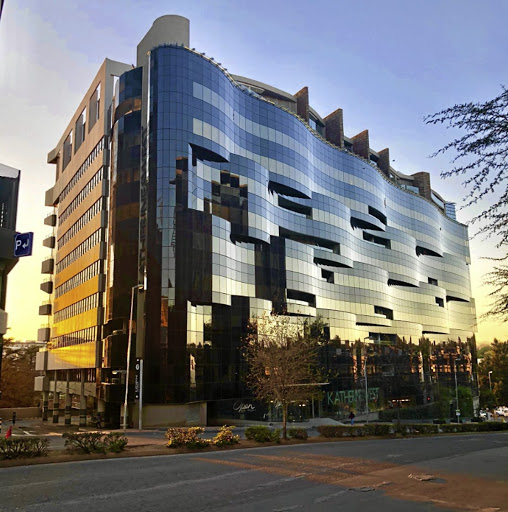 A sex video allegedly shot in a Sandton, Johannesburg, building went viral on social media a week ago.

A week ago, a video allegedly shot in Sandton went viral on social media. The video, clearly recorded by someone on the street below, showed two people having sex inside a brightly lit office.

The couple, oblivious to the spectacle they had created, could be seen in all their naked glory - passionately sharing themselves with one another on a work desk.

The video sent social media into a frenzy and, as is often the case with social media, people went a step too far by investigating who the people in the video were.

Inevitably, a man and a woman matching the descriptions of the two people in the video were identified and their photos circulated all over social media as the "sex in Sandton couple".

He insists that he is not the man in the video, and that the allegations have put a strain on his marriage and embarrassed his friends and family. And he is not going to rest until he has made an example of the person who started the malicious rumour that has since seen him labelled an "office pervert".

I fully support his stance.

First and foremost, there is something deeply problematic about the extent to which South Africans have no regard for the fundamental human rights of others. The right to human dignity, enshrined in section 10 of the constitution, is the pre-eminent value in our constitution. It is the foundation of all other rights in the Bill of Rights. It recognises that human beings are entitled to be treated as worthy of respect, and to have their dignity respected and protected.

When you circulate photos of someone with the intention of humiliating them, especially in this case where it is the wrong person, you infringe on their right to human dignity.

You demonstrate lack of respect for this person. This is made worse by the fact that in this case we had two adults engaged in what is most likely consensual sex after hours in their private office. So not only was their right to dignity infringed upon, so too was their right to privacy.

The circulation of the photos of the wrong people also has devastating consequences for them and their families. The man whose photos have been circulated told one newspaper that his children were being subjected to ridicule by their peers and that his wife was reduced to a subject of gossip.

The mental and emotional toll that the actions of mindless social media users have put families through is devastating. And it was done without any regard for consequences - for what it would do to people's families, careers and reputations.

But it is not just the callousness and criminality of social media users that is so deeply problematic - it is the lack of prioritisation that I find even more disturbing. Every day in our country, a young woman is sexually assaulted in her community. Every day, a child is caught in the crossfire of gang violence in the Cape Flats and elsewhere in the country. More often than not, no-one comes forward. People claim to have seen and heard nothing.

Walk into any police station in the country and you are bound to see missing persons posters on the walls. Thousands of missing people in our country have not been found. But instead of exhausting our investigative talents to aid in the search for these people, or to identify perpetrators who are tearing our communities asunder, we are busy investigating and unearthing photos of adults who committed no crime.

We can argue whether it is ethical to have sex in the workplace, but we must never treat it like a crime necessitating the kind of abuse we subjected those two individuals to.

We clearly have talented forensic investigators on social media - men and women who have the time to dedicate to finding unknown persons. It would be more helpful to put these skills to better use by helping us solve heinous crimes and find missing persons. But we don't do that, because we are a nation of people obsessed with sensational things and uninterested in genuine nation building. It is deeply problematic. We must do better as a people.