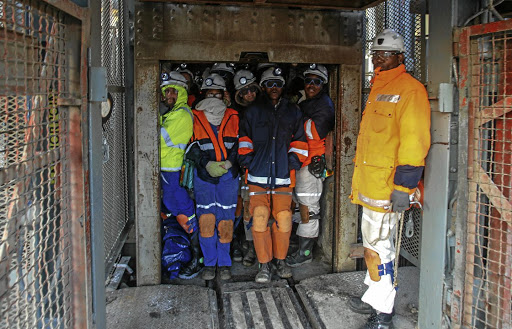 Anglo American is accused of relocating 96 families from their ancestral land in 2002 without following up on benefits it said the community would gain. /Simphiwe Nkwali

Anglo American, the world's largest primary producer of platinum, is accused of negotiating with the Magobading community in bad faith, leaving them destitute for 18 years.

The community was allegedly cajoled into selling their livestock and giving up their farms.

Selebalo Mathabatha, 42, of Magobading in Limpopo, said Anglo American relocated 96 families from their ancestral land in 2002 to give the mining giant an opportunity to mine platinum.

He said Anglo American made numerous promises to the community to persuade them to give up their ancestral land until they agreed.

Mathabatha said he had refused to be moved as he wanted to know what was in it for them.

"Without even blinking their eyes, they said we were going to be the first ones to be considered for employment, training in mining and awarded tenders without [them] being tendered," he said.

Mathabatha said before they were relocated, they had livestock and farms and were ploughing enough to make a living but were forced to sell their livestock as Anglo American did not want them to take the animals with to the new location.

Mathabatha said they did not have a problem selling their livestock as they were promised jobs and tenders.

"I recall the pain of witnessing the exhumation of our grandfathers and mothers buried some 100 years ago after being promised a better life," he said.

Mathabatha said although Anglo American promised to take two people per household for training, he only got one sub-contract for tiling in 2005 and one tender in 2015 from which he made R20,000.

"No one in the community has been given the promised training and tenders are given to people as far as North West province," Mathabatha said.

He said he has bid for several tenders but was overlooked.

Anglo American Platinum media relations manager Jana Marais said Twickenham was a loss-making mine project under development and was placed on care and maintenance in July 2016 due to low prices.

Anglo seeks to kick them off land
News
2 years ago

"However, we remain firm on our commitment to execute all our social and labour plan [SLP] projects at Twickenham," she said.

Marais said during the implementation of these SLPs, employment was sourced from local host communities.

"It should also be noted that local entrepreneurs are contracted to build the infrastructure as well as supply materials and equipment," Marais said.

"Mathabatha has been one of the local entrepreneurs to benefit from our procurement spend over the years."

However, Mathabatha is adamant that he only got one project.

Due to time constraints, Marais could not say how many projects he got and what happened before 2015/2016.

Marais has not responded on the allegations that Anglo America has neglected 96 families at the time of print.