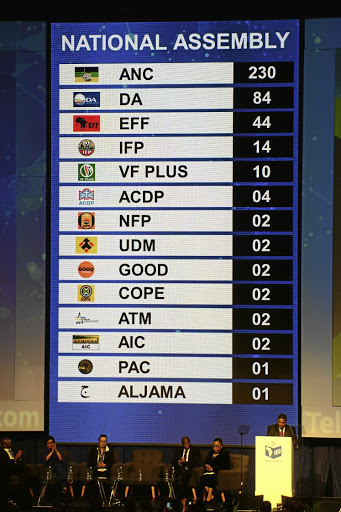 It has become fashionable for prominent figures who leave existing political parties to start a political party.
Image: Deaan Vivier

Frankly, I'm not convinced that a new party would make a difference in addressing the country's political crisis.

While I agree with the sentiment that none of the three big parties - the ANC, DA and EFF - have demonstrated the kind of leadership to inspire any confidence, the challenge is not merely within those formations. The crisis is systemic. Yet another, new political party is no silver bullet.

Political parties have become the barrier to effective oversight and accountability to a large degree.

As much as it is foolhardy to think that the major parties can self-correct, it is similarly ridiculous to believe that a new formation will overcome the hurdles that have tripped up all the others that came before it.

SA has had its fair share of new parties since the first democratic elections of 1994.

In 2004 the DA, an amalgamation of the New National Party and the Democratic Party, as well as the Independent Democrats founded by Patricia De Lille.

In 2009 Congress of the People (COPE) founded by former ANC members at the ousting and resignation of Thabo Mbeki as head of state and government, and African People's Convention, founded by Themba Godi, another former PAC leader.

In 2014 the EFF, National Freedom Party (NFP) led by Zanele kaMagwaza-Msibi, former chairperson of the IFP and Agang SA which started out as a political platform launched by Mamphela Ramphele.

In 2019 De Lille's GOOD Party and the African Transformation Movement.

Each of these parties came onto the scene promising to be an alternative, particularly to the ANC.

It has actually become fashionable for prominent figures who leave existing political parties or who claim to have the answers to the country's pressing problems to start a political party.

But other than growing to be large opposition parties in parliament, or growing to govern municipalities, and a province - in the case of the DA, these new formations have done little to address the dearth of accountability in the political system.

Many of the new parties of yester year have descended into internal factional struggles over leadership, power, ideology and money. Some have built personality cults around one leader, delegitimising contestation and internal debate.

The biggest problem is that political parties are given way too much prerogative in deciding the fate of communities and the country. They operate with very little accountability to the public they derive their support from - both financially and by votes.

Some operate without term limits for leaders and promote racialised and/or patronage politics.

Political party structures are often reluctant to hold individuals to account for corruption and ineptitude.

As such, they can be wholly inimical to the letter and spirit of the constitution in their praxis, without consequence.

Very little of the discourse within political formations is about SA's developmental trajectory and structural reforms that can improve the lived experiences of people.

After winning seats, many politicians de-link themselves from local struggles that made them what they are.

They get perks - cars, housing, medical cover and access to opportunities - that make them live above the realities of the communities they represent. Gaining these perks as well as the authority over the public purse to dispense contracts and tenders fuel the power struggles and corruption within political parties.

The political system thus incentivises the social distance between politicians and society. Our energy and effort need to be directed at finding solutions to address these systemic problems.

EFF deputy president Floyd Shivambu has made a bold prophesy and said the red berets will be the ruling party sooner than the country anticipates.
News
2 years ago

The ANC is back at the helm in the City of Johannesburg after the DA-led administration was dissolved at the resignation of Herman Mashaba.
Opinion
2 years ago

Here are six highlights from Maimane's monumental year.
News
2 years ago
Next Article