What you can do, Mr President, to make the state effective 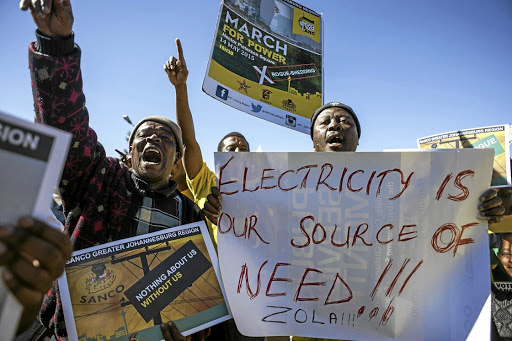 "Freedom is lost not when the state is too strong but when it is too weak," wrote political economist Francis Fukuyama in The Origins of Political Order, a book first published in 2011.

The statement may sound counter-intuitive, especially from a man who's famed "End of History" statement is closely associated with the post-Cold War triumphalism that swept through much of the world following the fall of the Berlin Wall and the collapse of the socialist project in Eastern Europe.

Here at home the debate over the role of the state is as old as the SA democratic order itself, if not older.

In recent years the issue has become even more imperative as concerns over the state's ability to deliver to the citizenry increased, largely due to the collapse of some of its institutions and the rise in acts of corruption.

So it is tempting to dismiss President Cyril Ramaphosa's latest online column on the need for a capable state as "nothing new".

This is especially so because his tenure has largely been underwhelming and devoid of any grand ideas that would help pull SA out of slow economic growth, rising unemployment and growing inequality.

Yet the president is absolutely right when he says "the most pressing" challenge facing his administration is to "build a capable state".

For no matter how brilliant his ideas and policies may be, they will amount to nothing if there is no capacity to implement at government level and state institutions.

"This is a task that does not capture the imagination of most people, yet it is essential to everything we want to achieve," says Ramaphosa.

However, it is not that "most people" do not find the subject captivating, but that the problem has been identified so many times before without any meaningful action being taken to fix it.

You can go as far back as the president Thabo Mbeki years, where ANC ideologues wrote one discussion document after another on the need for strong institutions.

Even though it can be argued that Jacob Zuma's administration is responsible for much of the weaknesses in the state today, his government also professed to favour a "strong and capable state".

So the challenge is what practical steps are being taken to make this a reality.

Judging by the column, he was quite disturbed by service delivery failures he observed during his visit to Kimberley and other parts of the Northern Cape last week.

"A common feature in most of these towns, which is evident throughout all spheres of government, is that the state often lacks the necessary capacity to adequately meet people's needs," Ramaphosa writes.

But disturbed too were the other presidents when they visited parts of the country in the same condition.

Ramaphosa says work has begun to fix the state: "Much of this work happens behind the scenes, ensuring that . budgets are adhered to ."

Only those who benefit from a weakened state will disagree with Ramaphosa's assertion that: "A capable state starts with the people who work in it. Officials and managers must possess the right financial and technical skills and other expertise.

"We are committed to end the practice of poorly qualified individuals being parachuted into positions of authority through political patronage."

Again great words. But the proof of the pudding is in the eating, as they say.

There are some promising signs. The news that rail and port state-owned company Transnet has short-listed highly capable executives Portia Derby and Patrick Dlamini for the post of group CEO suggests that we may be returning to the days when capacity to do the job, rather than loyalty to a political or business faction, determines who gets appointed.

But the president and his government will have to go a step further by ensuring that those appointed are given all the support they need to be successful in their job.

In parastatals, this will mean an end to interference by board members, cabinet ministers and their advisers.

It will also mean clear reporting lines. For a chief executive of Eskom to report to two departments - public enterprises and Treasury - is unsustainable. Government departments have different mandates and ministers do not always speak in one voice. This can put a chief executive in a corner, making it difficult for him or her to do the job.

If Ramaphosa is to succeed by attracting the right skills to key positions, he needs urgently to attend to all the matters that make talented executives leave prematurely.

Communications and Digital Technologies Minister Stella Ndabeni-Abrahams has rejected a media report claiming that taxpayers foot the bill for her ...
News
2 years ago
Next Article