A failed state can be deadly 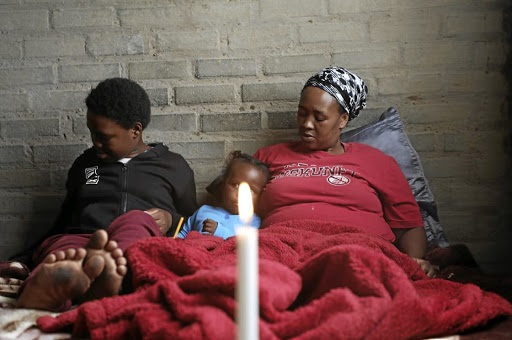 In a middle income country such as ours, one which is fairly industrialised and advanced as a capitalist society, no child, let alone an eight-year-old girl, should be risking their lives looking for water, the writer says.
Image: Thulani Mbele

Her name was Mosa Mbele. She was to turn eight this year and, just last week, started her grade 2. Little Mosa will not be around for her next birthday, for little Mosa is no more.

She died this weekend, failed by a dysfunctional municipality that cannot provide basic services to its residents.

Little Mosa drowned in a river in Qwaqwa, in eastern Free State, while trying to fetch water for her family.

In a middle income country such as ours, one which is fairly industrialised and advanced as a capitalist society, no child, let alone an eight-year-old girl, should be risking their lives looking for water.

Since the attainment of freedom, SA has made great strides in ensuring that all have access to running water. But the noble campaign that began in earnest in 1994 has been under threat in recent years due to an acute drought crisis facing parts of our country as well as the collapse of local governments across the land.

Mosa Mbele's shoe fell into the river. She jumped in, trying to retrieve it. But she could not swim and the current was strong. She drowned, causing ...
News
1 year ago

Maluti-a-Phofung, the municipality in which Little Mosa died, is one of those who have been hardest hit by drought and governance crisis.

The shortage of water in the area has been a common feature for the past five years but has been made more acute by a municipality that has become so bankrupt, it is unable to service its infrastructure, not to mention provide services to residents.

Just last year, it was reported that this municipality owes Eskom, the power utility, over R2.3-billion.

No longer able to rely on the municipality for basic services, residents in Phuthaditjhaba and surrounding areas have resorted to fetching their water from the nearby river and streams.

It is extremely dangerous, especially for children. But these communities are desperate.

President Cyril Ramaphosa yesterday said the priority of his government will be to build the state's capacity to deliver services to citizens.

We hope that he means it, that this is not just talk.

For, as Little Mosa's tragic story shows, building a capable state is a matter of life and death.

A dysfunctional municipality is a threat to people's lives, especially the young, poor and disadvantaged.

Maluti under administration.
News
1 year ago

Municipality made to cough up for late pension payments

The Pension Funds Adjudicator has ordered a municipality in the Free State to pay interest on contributions that it was late in paying to the fund.
Business
2 years ago

The Hawks arrested two municipal officials in the eastern Free State on Monday for alleged fraud and corruption.
News
2 years ago
Next Article