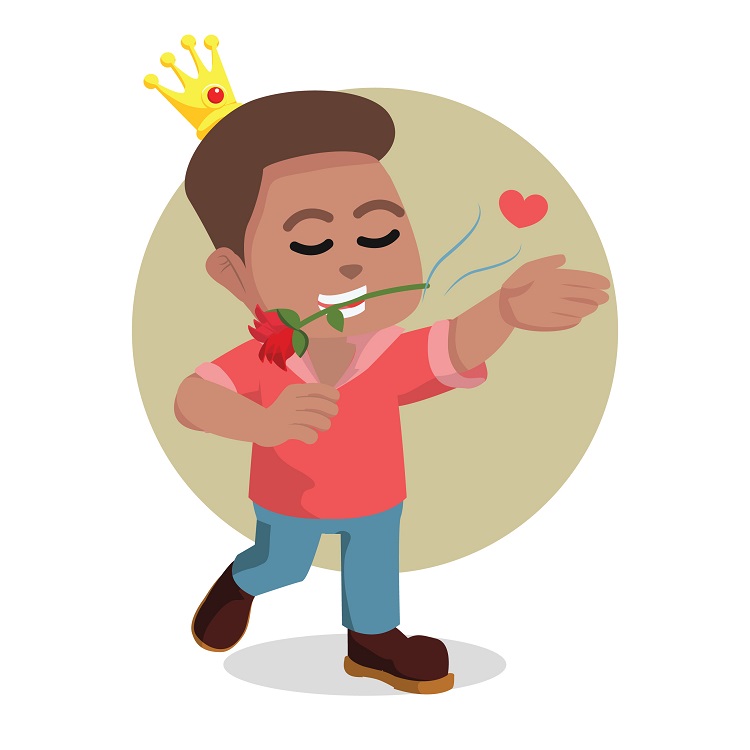 Women do sometimes get a tad selective in how they react to our overtures, the writer says.
Image: funwayillustration \ 123rf

Let us take a hypothetical journey back into time. What do you mean, why 'hypothetical'? Don't be absurd, please! Because technological advancement, for all its wonders, has not yet been able to turn back the hands of time, that's why!

Anyway, our hypothetical backwards time traverse locates us on the banks of a random river in Mthonjaneni (modern day Melmoth in KwaZulu-Natal) in 1786.

It is from this safe haven among the reeds that we witness a group of men, one of them burly and certainly more regal in appearance than the rest of his party, intercepting some young maidens with clay pots balanced on their heads.

The girls are justifiably annoyed, angry even, at the announced intrusion by these men who, having no immediate duties on hand, have elected to go on a women harassment spree in the scorching Zululand sun.

Not only harass them with their unwelcome romantic overtures, but even proceed to instruct them to raise their bead skirts to partially expose their buttocks.

A year later after the alleged "harassment" incident, in July 1787, one among the maidens gives birth to a baby boy who would later become the architect of the Zulu nation.

Okay, snap back to reality!

Fezile Khumalo was crowned the king of eBhubesini’s Shela competition on Monday night in the episode of Isibaya.
Entertainment
2 years ago

The year is 2019, the scene is no longer a river in Zululand and the actors are not warriors accompanying King Senzangakhona on his courtship escapades, but metrosexuals who'd rather take to Tinder to seek their Mona Lisas.

Times have greatly changed and it is considered highly injudicious, forbidden even, to whistle jubilantly and shout 'Aw' ngadla mina mntakababa, qoma ntombi ngikwenz' umama ekhaya' while pursuing a random woman passing by.

But where does this leave us archaic pantsula types who, plainly not happy consorting in the virtual space -with its minefield of misleading profile pictures - still elect the old-fashioned way of stopping a random woman in the street with that Tokollo (he of TKZEE fame) inspired line of: "Sweery! Uyazi ngikuthanda, noma ungathini. or ufuna ama-Big Shots, amaBig Fish?"

Surely that's not cat-calling? Or is it? How can a pantsula's declaration of his undying love - and subsequent request for clarity if the object of his affection would rather opt for 'amaBig Shots, amaBig Fish' (read tenderpreneurs and Idris Elba-looking types) - be construed as harassment?

Only those with thick wallets will mingle at Durban July

This year's jamboree to leave many with empty purses.
Lifestyle
3 years ago

The way I see it is this: before women even decide whether or not someone approaching them is in fact harassing them, they do a hasty assessment: Is he my type? Is he handsome? Does he smell good? Is he potentially monied?

If a brother ticks most or all of the above boxes, his "Hello beautiful - I came across your profile here on Facebook and became somewhat interested" makes him a potential bae.

If she does not respond with a "Thank you" accompanied by that smiling emoji with rosy cheeks, and hearts where its eyes should be, she will go to her wall and write "It is so refreshing to know that there are still gentlemen out there."

Not only will she ignore this very sincere, straight to the point request for her telephone number, but she will sprint to her Facebook wall to write an injurious status update.

Just to make sure that her annoyance is missed by no one, she will insert an emoji .

Look, don't get me wrong, I am obviously not advocating for harassment or cat-calling here, that would be a foolish stance to take; all I am saying is that women do sometimes get a tad selective in how they react to our overtures.

Let us, at this juncture, once more step into our time travel machine and heard back to our lookout place among the reeds on the banks of the river in Mthonjaneni in 1786.

I want you to closely monitor the reactions on the faces of Nandi and her friends when they are intercepted with “Dudlu ntombi” by the male strangers. The presence of a certain face among the suitors holds some definite advantages.

Can you see how the anger and annoyance quickly dissipates and is replaced by smiles when they realise that among their catcallers is none other than King Senzangakhona himself?

But if that knot of men had been led by the gluttonous Manyosi whose only claim to fame was finishing an entire goat by himself, I do think that Nandi would have later on that day logged into her Facebook account with a message like: “Umuntu  akasenasithunzi, sewakhuzelwa ngisho oManyosi ogimba!” #Catcallingmustfall

What does SA get up to in the sack? Take this quick survey to help us find out

The 2019 Sunday Times Lifestyle sex survey is fast, fun and 100% confidential — and the results are sure to be fascinating!
Good Life
2 years ago

Zahara is single and looking for 'an African prince'

Just three weeks ago Zahara was still referring to Ian as her "man" and still follows him on social media.
Entertainment
2 years ago
Next Article