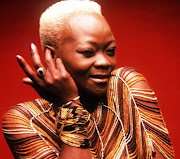 The late great Brenda Fassie would have been headline fodder for Facebook live stories had she still been with us in these times of memes and gifs, the writer says.

Contrary to many a racist liberal's belief, colonisation and apartheid did squat for South Africa.

On many levels, including our constant identity as team FOMO (Fear of missing out), we are forever left in the dust bowl of global trends, pining to be part of the latest tech.

By the time the apartheid government introduced televisions, the Broederbond was quick to use them as a merciless propaganda tool.

Since then, all thanks to the internet, the way TV is not only made but viewed has changed thanks to the democratisation of celebrity consumption. Could you imagine the power of a hashtag back when Who shot JR? was a ground-breaking cliff-hanger? The 1990s would have been littered with thoughtful Twitter threads on Brooke Logan as a feminist icon.

Not forgetting how Brenda Fassie would have made headlines fodder for Facebook live stories from the comforts of her flat in Hillbrow.

There is great power in being able to memeify a subject.

Take Samuel L. Jackson, whose career had resurgence thanks to memes.

Before memes even had a name, Jackson's inclusion as a star in Snakes on a Plane fuelled a viral sensation that called for scenes to be re-shot in the style of the actor's tendency to accost cast mates.

This resulted in the now iconic line that the movie is famed for. The actor has continued to cast in a number of movies, including multiple Marvel franchises in which his identity as the emperor of expletives is continued in the credits of Avengers: Endgame.

On the local front, the power of a celebrity one can memeify is evident in TV personality Bonang Matheba. Whether it's a gif of her calling for champagne, a picture of her laughing in Binglish or the echoes of an infectious whistle all done in furs or shades of pink, Matheba owns the power of resurgence.

Her reality show debuted as a flop, even her Gucci straps couldn't flip it into a success, failing to bring in enough audiences, yet it now stands with a third season and has spawned a series of T-shirts.

No longer was casting an actor dependent on who made the sexiest list, the cover of a magazine or was critically acclaimed. The pulpit lost control to the church it used to preach to.

This brings us to the sad case of South African soapies like Isidingo, whose very existence is like a wise old mage. Incredibly wise, but in desperate need to be euthanised out of the SABC's life.

Top tier competitors like Skeem Saam, Generations and Scandal! have regurgitated some of the most unforgettable memes in South African internet history.

Isidingo on the other hand, with its brilliant casting, storylines par excellence, barely manages to pop up as an expression of any kind on a WhatsApp group.

The ease of creating a meme allows any actor, singer or missing set of pots to create an insatiable need to be watched. It is the hybrid form of a trending show in that it validates brand awareness.

From Generations' melodrama to Skeem Saam's humour, it is nearly impossible that a month could go by without a meme from each show.

For Isidingo's carefully packaged and thoughtful show, there just isn't enough escapism from our own worlds to turn it into a meme.

As René Descartes put it, I think therefore I am. In a modern sense, I meme therefore I am. If one is to think of self as a meme, be it video, gif or jpeg, what would you be? It's not necessarily what Isidingo has done that makes them watchable for millions, but what they are doing now.

Without allowing us a step into the internet's rabbit hole, programmes like Isidingo run the risk of being a boring set of monotonic ringtones in a world that's gone stereo.