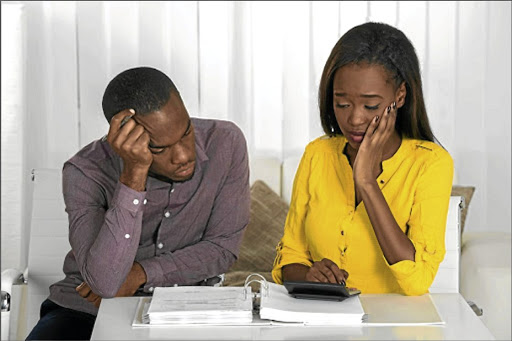 Black couples often have to make room in the budget for their less forturnate families.
Image: 123RF

The term "black tax" needs to be better understood. Our perceptions of the term have missed the fundamental economic realities of the black poor, working and middle classes.

For anyone who might be wondering what the black tax is and hasn't overheard it yet at a braai or in a WhatsApp group, according to the Urban Dictionary it's "the extra money that black professionals are expected to give every month to support their less fortunate family and extended families".

This understanding of supporting family or less fortunate family to be a "tax" had me thinking about the way black people relate to each other. Wouldn't anyone who is in a position to help their family do just that?

Indeed, for the majority of black people, the reality of supporting less fortunate family is far more widespread than any other race and this is largely attributed to our ubuntu grounding and philosophy.

The lack of adequate financial resources circulating in black communities means that in black homes the rand will stretch to more hands than any other race group.

In SA, it is members of the so-called "sandwich generation", which have been described as those wedged between two financially dependent generations, namely, their parents on the one hand and then their children on the other.

I attended an umcimbi this past weekend hosted by a male friend.
Opinion
2 years ago

And many South Africans in their middle years are feeling this financial squeeze.

Statistics say that as many as 28% of South Africans who live and work in metros are supporting their own children as well as other dependants, with this statistic growing by 2% on average every year.

The sandwich generation, however, is a result of a poor global economy.

Of course, it is more deep-rooted in black South Africa as a result of our dark history of imperialism and apartheid.

The majority of "our people" know that black tax exists because of the appalling economic conditions that continue to characterise the black community post-1994.

The black tax exists because of an economically unjust and uneven landscape in SA. It's about time to call it out. It exists because the black community got the raw end of the economic deal.

And it gets even more complicated than that. My biggest issue with the term black tax is that it makes it seem like black people are the cause and not, in fact, the victims of the tax. The real black tax isn't having to help your less fortunate family, it's the fact that 9% of the population own 90% -95% of all assets.

It's the fact that your white counterpart who could be less qualified than you is earning five times more than you. It's the fact that broad unemployment for black people is 40.7% and for white people it's 8.5%.

The real black tax is being treated unequally at good schools. It is having to do everything twice as well as white people just to get the same thing they do.

Growing up, my family moved around a lot but there was always at least two other family members outside of our immediate family nucleus staying with us. These members ranged from aunties and uncles to younger cousins. I learnt so much from having them under our roof and at no point did any of us ever feel like it was a "tax".

We are familiar with words such as blackmail, blacklisting, black widow, black market, black sheep, blackout and black book - and the associated ...
Opinion
2 years ago

And then later in the week someone tweeted their disgust that a man had asked for petrol for having picked a lady up.
Opinion
2 years ago