Some married women are as good as single 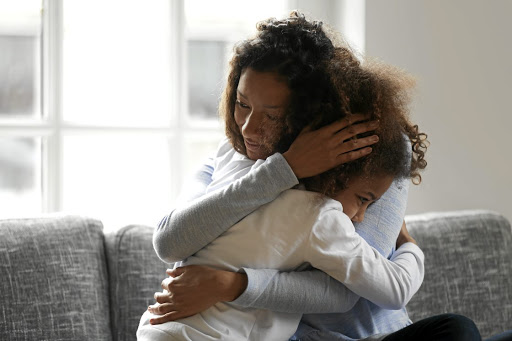 Some women spend the best years of their lives raising kids, while the husband is always absent. / 123RF

Almost every woman I know has somehow accepted that single motherhood is a real possibility in her lifetime, and most have little-to-no-confidence in men's fitness to raising kids. Men have just not been around to help us with parenting.

The number of men who neglect their spawn is a shame. Most not only refuse to provide for their children but do not even bother to see them, get to know them and love them.

They fail to do even the little things, gestures that do not need deep pockets but make a significant difference in a child's upbringing.

The challenge with men and parenting is however not confined to the absenteeism. It appears that even the men we marry are just not cutting it. We end up having to be single parents who happen to live in the same house as a man. At best, a woman gets a little support when the man agrees to "baby sit" the kids.

Even then, there is so little trust that she will be out there anxious about the kids, because they are as good as being "home alone". At worst, the woman spends the best years of her life raising the kids and her husband.

Musos sing praises of their moms

They appreciate their love.
Lifestyle
2 years ago

She will be screaming her lungs out, even to a point of tears, struggling to communicate with her teenage kids. Then eventually comes to a point where she resorts to passing the baton to the father - coming from that generation who feared the very thought of our fathers having to intervene in the home disciplinary process.

She knew that one had disappointed their mother gravely if it got to a point of being reported to the man of the house. She still holds some hope that the man in this house somehow has a way to just get the kids in line.

But we are stuck with partners and spouses who are hardly keen on taking the parenting responsibility. They would much rather the woman deals with the kids while they just pay the bills.

A good measure of men are just present in the lives of their children while passive as parents, some to the extent of even hardly spending quality time with them. You would think that living in a house with a braai area at the back, a long hose pipe and a big backyard would encourage men to spend more time at their homes.

TV channel Moja Love has announced that its infamous No Excuse Pap Geld show will be presented by Dr Malinga who will be the new nemesis of deadbeat ...
Entertainment
2 years ago

Even when there is a supply of rooikrans wood, and his birthday gift was a cute apron and braai-master set - he will still have to be called from the shisanyama where he washes his car when his wife is panicked about his daughter's disappearance.

His daughter was in some house recording the hook and chorus with three Skrrr Skrrr boys, calling herself "De Lil Bish" and she comes home late at night. All he knows is that he is not ready to be a grandfather. He has never spoken to her about contraceptives though - he trusts her mother has explained that, and she is too young for sex anyway.

And when his son is caught with a roll of dagga in his school pants, where will daddy start? Thing is, daddy is not a smoker. Right?

But he has a friend who knows a guy who manages the VIP section at a club in Sandton. And the bubbly is complementary. So on Fridays, his one fruit a day actually comes from puffing up the grape-flavoured tobacco.

Never mind that he has not taken the opportunity to have an intelligent conversation with the boy before he reached his teens. He left it to his mother to "always check his clothes and bag for cigarettes or matches". He trusted the boy to make good choices mos.

He is a well-mannered kid.

The Gauteng department of social development is trying to track down the biological fathers of more than 600 children.In an advert placed by the ...
News
4 years ago

Deadbeat baby daddies and all their empty promises

There is a bestseller out there called How to Make Babies and Not Take Care of Them. I am saying this because every time I happen to be in an ...
Good Life
6 years ago

Father and child relationship is rewarding, but equally challenging