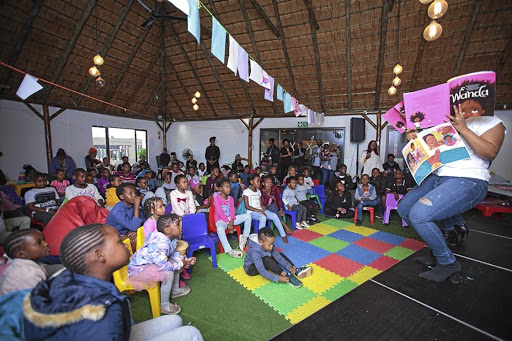 "Tears are very close to my eyes," says Bhonco, son of Ximiya. "Not for pain. no. I do not cry because of pain. I cry only because of beautiful things."

This poignant opening to Zakes Mda's seminal novel The Heart of Redness should of late resonate with many South Africans - at least those of us cut from the optimistic cloth. They surely sum up my own sentiments.

The tears of joy that I am still shedding over Zozibini Tunzi's triumph at the recent Miss Universe contest come just weeks after I thought I'd finally wiped my face after the marathon shedding of tears, thanks to Siya Kolisi's conquering ways.

Even though I'm not even a rugby fan I could not stop celebrating the victory by Kolisi and his comrades. The achievement made me proud as a South African.

As I pointed out in my column last week, the sense of joie de vivre that such sterling performances bring to the nation does not mark the end of racial hatred and animosity. But if you are in touch with your humanity you cannot help but celebrate. And, to many of us, celebrating comes with tears.

Remember, not so long ago, when Black Coffee made the Guinness Book of Records after some creative youngsters made a mural of his face exclusively of coffee beans?

SA is still basking in the glow of Zozibini Tunzi's Miss Universe win. Her black girl magic has entranced the world as well and she's also become ...
Good Life
2 years ago

It's true that we have everything to be angry about: the escalation of killings of women and children, loadshedding, corruption, which in turn leads to unemployment, which gives birth to crime and other social ills. The list is endless.

During the annual gathering of writers under the banner of Abantu Book Festival the spirit of goodwill was also very manifest.

Many in the literary community know that Uncle Fred has always been ambivalent about the festival creator's strident rule that the festival would be open to black people only. If white people want to support it, they can do so from a distance.

The message being: because of their privileged position, whites are generally more educated and being at that level always able to usurp public spaces, even if they do not have nefarious agendas. It's just a reality: privilege comes with power.

My initial response to this was that the approach was appropriate during Steve Biko's time when he politely turned down white involvement in black consciousness structures.

A group of lecturers from universities are demanding an audit into how African languages researches are done.
News
3 years ago

In my optimism, which can easily degenerate into naivety, I used to argue that we had matured; after all, black consciousness is not an end in itself.

But after yet another debate on this, with the highly intelligent but tolerant radical Sabelo Mcinziba - and after especially having been reminded of a white person who humiliated black participants at Ake Literary Festival in Nigeria last month - I have to humbly submit that I was wrong.

White arrogance is far from over. Old black consciousness activists like myself have been impatient to see the anti-racist agenda gaining root.

As a result, we had misgivings about racial exclusivity on some forums, especially if they were created by people like us. The assumption has been that as a nation we have matured. Clearly, we have been wrong.

I don't want to bore you with evidence that while black people have been trying to reach out, our hand of friendship has been cut repeatedly. Our smiles have been mistaken for stupidity.

If black people were evil our mothers who worked as domestic workers would have poisoned their bosses and slit the throats of white children they were supposed to take care of. But what did our mothers do? They suckled white kids from their own breasts, the same kids who grew up to call them dirty k*****s. Ah, South Africa!

In the face of all the ugliness, I still cry tears of happiness. Because I am an optimistic person. Like Bra Zakes Mda's Bhonco.

The ANC will lay a charge of crimen injuria against Afrikaans singer Steve Hofmeyr on Thursday for “racist and inhumane rants on social media which ...
News
3 years ago

The EFF at the University of the Free State (UFS) has called the student who seemed unfazed as he tried to dispose of rubbish in a bin, only for two ...
News
3 years ago
Next Article