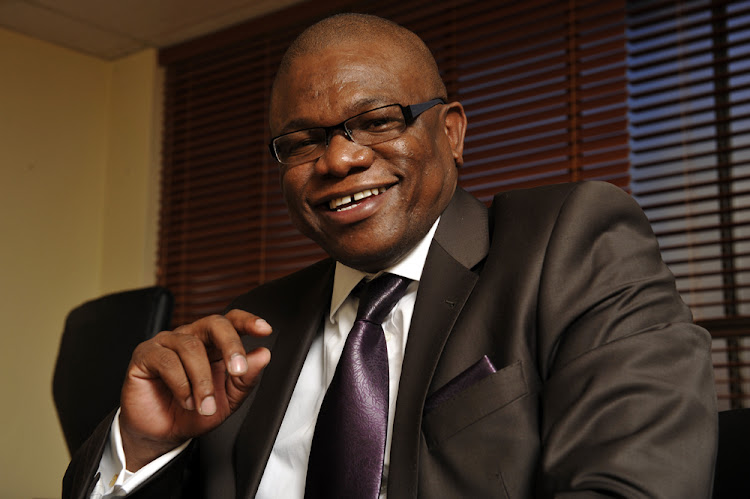 Despite being elected by an outright majority, there is now uncertainty as to whether new Joburg mayor Geoff Makhubo would be able to smoothly run the municipality, given that he may not be able to pass budgets, the writer says.
Image: Robert Tshabalala

The City of Johannesburg has a new mayor. Geoff Makhubo was elected mayor yesterday, surprisingly during the first round of voting.

It had been expected that the three-way contest, which saw the ANC's Makhubo run against a DA candidate and another one from the EFF, would take at least two rounds of voting to produce a winner.

But after three DA councilors decided to throw their lot in with the ANC and a number of smaller parties who backed Makhubo, the ANC managed to get more than the 136 votes it needed to win the race.

Despite this outright majority, there is now uncertainty as to whether Makhubo would be able to smoothly run the municipality, given that he may not be able to pass budgets.

While the smaller parties that backed Makhubo are likely to support the ANC in all major votes in council, the party will not be able to get past the 50% plus one threshold of votes if the DA replaces the three councillors who broke from its ranks.

Makhubo won the vote, which took place on Wednesday, by a comfortable margin.
News
2 years ago

This means that Makhubo is going to need the EFF's 30 councillors to vote with the ANC if he is to have his budgets passed.

But the EFF says it is not willing to support the ANC in such votes as it remains opposed to Makhubo's election. The party would have preferred a different ANC candidate to be elected.

If Makhubo's council is unable to pass budgets, the city will grind to a halt - forcing intervention from the provincial government. The potential crisis, as well as the fact that Joburg finds itself electing a new mayor right in the middle of the council's tenure, are indicative of the problems besetting coalition governments in the country.

With political pundits predicting that in the near future no single political party would be popular enough to be able to form a government on its own, coalitions are being touted as South Africa's future. However, the short-termism that often accompanies the negotiations over who would take what position often leaves governments, especially at local level, weak and unstable.

For the sake of the country's success, political parties should strive for long-term relationships where coalitions are determined not by convenience, but by shared goals.

Voting for the vacant position of executive mayor of Johannesburg has been concluded.
News
2 years ago

ANC confident of victory ahead of Joburg mayor election

A jubilant ANC is already singing in celebration ahead of the election of the Johannesburg mayor.
News
2 years ago

There is immense pressure for the City of Johannesburg to elect a new mayor today after Gauteng premier David Makhura warned he will not hesitate to ...
News
2 years ago
Next Article