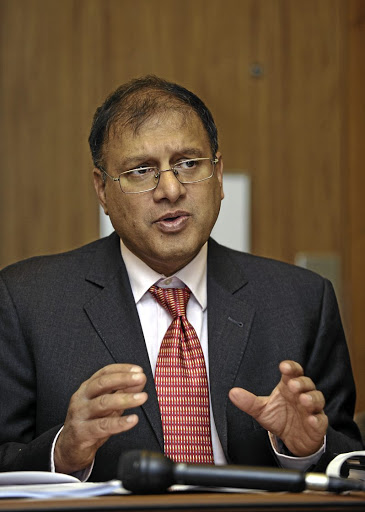 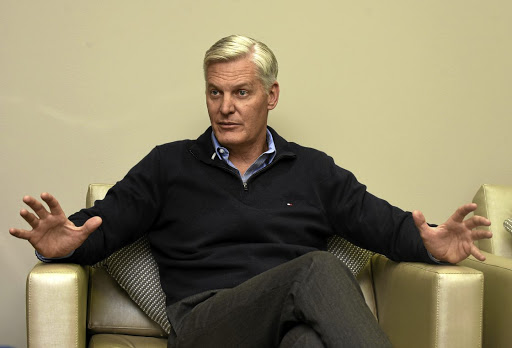 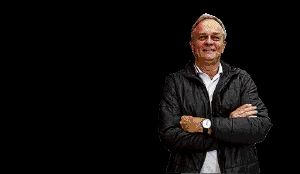 Against the background of the massive resurgence of race in South African society over the past few years, the current controversy, to a large extent along racial lines, surrounding the appointment of Andre de Ruyter as CEO of Eskom, is not surprising.

Nowhere has such contrasting public responses to his appointment been more evident than on social media, with EFF leader Julius Malema slamming the appointment as a "racist plan to undermine Africans" and arguing that it was "anti-transformation".

In June last year the EFF also slammed Ismail Momoniat, Treasury deputy director-general, for "undermining Africans", simply because they alleged that he was too dominant in the standing committee on public finance, as an "Indian".

Before that they also attacked former Sars commissioner Pravin Gordhan for leading an "Indian cabal" who were after them at the institution. No party after 1994 has opportunistically, and might I add, dangerously, played up "race" as Malema and the EFF have done.

Besides, it matters not to the EFF that the appointment of De Ruyter followed a rigorous recruitment process, in which there were 142 applicants, white and black, for the job of CEO.

But the most curious and contradictory thing about the reaction of the EFF is that it comes against the background of the most incompetent and corrupt African-led state-owned enterprise in Eskom we have had since 1994, with the most devastating consequences for the economy and households, which have so often suffered load-shedding.

Not just in Eskom, but in every other SOE it is overwhelmingly an African leadership that has stolen funds from the public fiscus, with impunity. In fact, Eskom is probably the most corrupt and incompetent SOE this country has ever had. I don't think Africa, in fact, has seen anything like this before in the post-colonial period.

Where in the world have you had a democratically elected government tolerating the blatant incompetence and corruption in such a critically important public utility as Eskom?

Without a stable, regular and uninterrupted supply of electricity, virtually everything is severely compromised. But is the myopic understanding of the likes of Malema and the EFF even capable in the first place of understanding this perspective? I doubt it very much.

Let me be blunt about this reality: if the hard truth be told, the ANC's bankrupt cadre deployment and affirmative action policies, which have by far disproportionately benefited a small black elite and middle class, have run this country into the ground since 1994. If we want a deeper understanding of the roots of the very deep current crisis in this country, we must begin to assess the immense damage those policies have done.

It is they who have been drinking frenziedly from the trough of "liberation" and ripping off the poorest African masses in the process.

But back to De Ruyter. What a nerve to talk about promoting and preferring "African" leadership after the utterly corrupt and incompetent mess that is the present fate in just about all the entities in our entire state/public sectors, stories of which are tumbling out of the Zondo commission of inquiry.

The National Union of Metalworkers of South Africa (Numsa) and the South Africa Cabin Crew Association (Sacca) have rejected sentiments in the public ...
News
2 years ago

A sordid African nationalist self-serving perversion of the truth is evident. The EFF and the ANC are, in fact, cut from the same cloth of a petit bourgeois African nationalism which has been close to ruining this country over the past 25 years.

Look closely at what has happened to our public schools and hospitals; and the high toll an African-led corruption in local government has taken on the lives of the poorest people in the townships, with raw sewerage often a sore sight in many township streets and African children dying in pit latrines.

Those, and much more, are the terrible conditions African children are growing up under an African leadership.

Besides, what did the African leadership of Eskom do since the 1990s? They have been in a perpetual crisis for many years. The most hideous fact is that alongside the corruption they have had to be bailed out by the ANC-led state when they were aware of it for years and nobody has been charged and jailed for it. Today, the country is saddled with unprecedented debt of R450bn, which is going to wreak havoc on an economy already in crisis.

And which African leaders of Eskom had the knowledge, skills and experience that De Ruyter has in order to provide overall leadership to a company that is on its knees directly because of the ANCs cadre deployment and AA policies?

In every respect - from operational to maintenance and managerial tasks and finance - Eskom has been an unmitigated disaster from one year to the next, under an African leadership. But this is not because it is an African leadership, per se, but because that leadership has sorely lacked the knowledge and skills required to effectively and efficiently run arguably the most important SOE we have. That has been the nub of the problem for many years.

But how rich it is for Malema to condemn the appointment of De Ruyter, as a white person, which he alleges is meant to deliberately undermine Africans, when he and other leaders of the EFF have been seriously implicated in the VBS scandal, in which it is alleged, with growing evidence, that they have corruptly been enriched through many millions stolen from poor African people.

In fact, the history of post-colonial Africa clearly shows that it is the leaders who have most indulged in radical phraseology, in order to woo the masses still struggling under neocolonialism, who are the most dangerous and were the ones most boisterous about the need to nationalise various sectors of the economy.

However, not nationalisation to benefit the masses but to line the pockets of party officials.

*Ebrahim Harvey is a political writer, commentator and author

President Cyril Ramaphosa appointed a team of cabinet ministers to consider the recommendations, who confirmed the appointment.
Opinion
2 years ago