Racial chauvinism Duarte warns against is a real threat 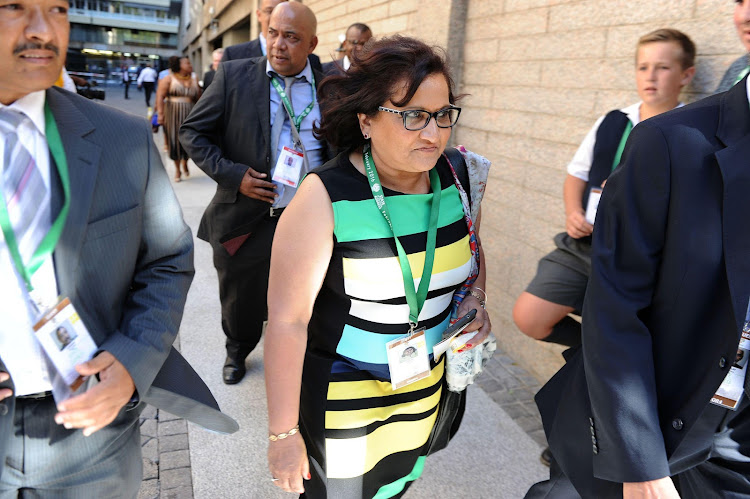 It would be a mistake for the ANC to dismiss Jessie Duarte’s recent unflattering appraisals, the writer says.
Image: Gallo Images

ANC deputy secretary-general Jessie Duarte set the cat among the pigeons when she launched a scathing attack on her party, accusing it of being “tribalistic and racist”.

According to a report by Loyiso Sidimba of Independent Newspapers, Duarte told a mass meeting in Naledi, Soweto, last weekend that the former liberation movement was marginalising those who are not what she calls “black African”.

“We have almost become tribalists in the way we present ourselves. We are racist in the ANC because we marginalise people who are not black African people; keep them out of the ANC at all costs. [And] put one or two there as tokens so that we can say mara ja, you know, there is uJessie apha [here] representing,” Sidimba quoted Duarte as saying. Predictably, the ANC’s political opponents, specifically those who are ideologically to the left of the ruling party, have latched on to Duarte’s blistering attack.

“Duarte sê ANC is rassisties (Duarte says ANC is racist)”, screamed a newspaper headline. The DA’s interim leader John Steenhuisen, who, it can be argued, owes his current status to an internal DA racial conflict of its own, could not resist the urge to take a dig at the ANC .

ANC deputy secretary-general Jessie Duarte hit the nail on the head when she slammed her party for failing to fight "tribally chauvinistic" ...
Opinion
1 year ago

“Why are you surprised when your party has driven nothing but a race based agenda for the past 25 years,” he asked. Presumably, the interim leader was referring to Black Economic Empowerment, affirmative action and other transformative measures that have formed part of government’s attempt to reverse the legacy of our racist past.

Even Helen Zille, the DA’s recently elected federal council chair, weighed in on social media. “Interesting to watch how ANC race-baiting is now biting leading ANC figures themselves, such as Jessie Duarte and Pravin Gordhan,” she commented.

But it would be a mistake for the ANC and its fellow travellers to dismiss Duarte’s unflattering appraisal as something that merely plays into the hands of “opponents of transform action” and “defenders of white privile ge”.

The “racial chauvinism” that Duarte is warning against is real and it is not just affecting the ANC and how it runs its internal structures, but is a threat to the building of anon-racial South Africa envisaged by our constitution.

“The ANC has ridden the tiger of racial scapegoating for 25 years. That tiger is now eating its own”.
News
1 year ago

There is a growing tendency that is capitalising on the majority’s frustration with the slow pace of progress in ending the legacy of apartheid. It uses the frustration to sow seeds of disunity and destructive narrow nationalism.

It manifests itself on social media where views of individuals are condemned based on their “race”, no matter what role they may have played in the fight against colonialism and apartheid.

This tendency, which is found within the ranks of various political parties and other organisations, sells itself as “representing the views of the black majority”, but their definition of black has become so narrow it rejects Steve Biko’s contention that black included South Africans of mixed heritage, otherwise known as coloureds, and those of Indian origin. But narrow nationalism can only lead us down an unsavoury path.

Once you start saying which citizens have more rights based on “race” or skin colour, it is matter of time before you start discriminating against others based on their religion, their languages and regions. And that is not the kind of South Africa so many of our forebears fought and died for in the struggles against successive racist regimes.

ANC president Cyril Ramaphosa on Friday lauded slain taxi operator Jabu Baloyi as a hero against the scourge of drugs in the country.
News
2 years ago

ANC in KwaZulu-Natal has confirmed receipt of eThekwini mayor Zandile Gumede’s withdrawal of her resignation.
News
2 years ago
Next Article