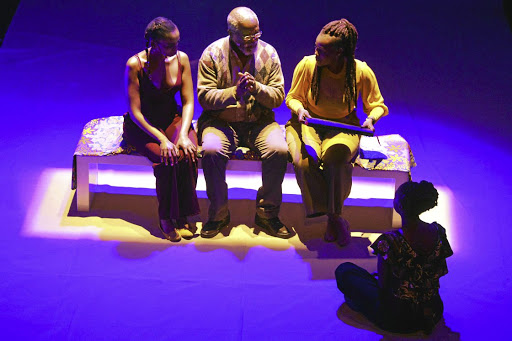 Every now and then something will hit me in the face - a piece of music, a work of art, a pithy remark - that will change the way I look at things.

When I was a boy of 12, that special thing that changed my humdrum life was the arrival in our township of a group of boisterous people who pitched up a tent nearby and immediately started playing organ and singing.

They called themselves disciples of the New Assemblies of God. Having been raised in the Catholic church, I'd found going to church onerous, mainly because the musical offerings there were sleep-inducing - Bantu Bakithi Ngenzeni Kini na. Oh, stop it already!

The fun thing with the people from this new church, which we simply called Etendeni or Mashicila's church, was that they opened their doors to everyone and their services were held every day. They sang from morning till midnight.

It was the kind of music that made you stop imagining heaven, whatever that is, because through the groaning organ, sultry sopranos, articulate altos, titillating tenors and booming basses, you were in heaven. Hallelujah!

Another fun thing with these chaps was that, unlike the Catholics who raised me, they didn't force you to confess your sins before every service - bless me father for I have sinned, I had an inappropriate dream about my class teacher's figure-hugging dress and red lipstick.

But their music was so powerful that our neighbours, who'd stolen wheelbarrows and other tools from Grinaker construction company, which was still in the process of adding new sections to our township, came to the tent. They confessed their sins and turned over their ill-begotten loot. The music had verve and vivacity: Oh, Walk In The Light, Walk In The Light of God.

Iconic stage, TV and film actor John Kani has appealed to all men in the creative industries to stand up against gender-based violence.
News
2 years ago

On Wednesday this week I went to the Market Theatre to see John Kani's The Lion and The Lamb.

It wasn't until I was at the theatre that I realised the play was about Jesus Christ. Otherwise, I wouldn't have bothered.

The thugs who run our places of worship these days - and the general nastiness of many churchgoers - have spoiled organised religion for me. I praise God in the privacy of my own house.

As fate would have it, telling the story of Christ through music, accompanied by narration by Kani himself, the production was what my parched soul needed.

Suddenly, I found myself inside the tent of Reverend Mashicila of my childhood. My good buddy and fellow writer, Siphiwo Mahala, who was sitting next to me, agreed the occasion was a spiritual revival. Like me, he is not an enthusiastic churchgoer, but finds spiritual sustenance in music.

Many vocalists in the production are recognisable names in the local music scene, most notably Nokukhanya Dlamini, a veteran of Joyous Celebration, and Itu Tshabane, a graduate of the popular The Voice SA contest. Later, I learned that Dlamini had done this production before. Back in 2009, she appeared under the musical direction of Mthunzi Namba.

Whether you're Catholic, Lutheran, Muslim or Jew, the music will stir that "something" in you that no religious ideology will ever touch. Perfectly timed for the Christmas season, it runs until December 22. A spiritual revival that has not been spoiled by perfidious preachers and prurient priests.

Thespian John Kani believes that the move to screen The Lion King film alongside live music by the Johannesburg Philharmonic Orchestra at Sun Arena ...
Entertainment
2 years ago

“Now begins another tale told about my continent, about my country, about my people and about my heritage. These animals are mine.
Entertainment
2 years ago