Burna Boy a reminder that rap music has failed Africa 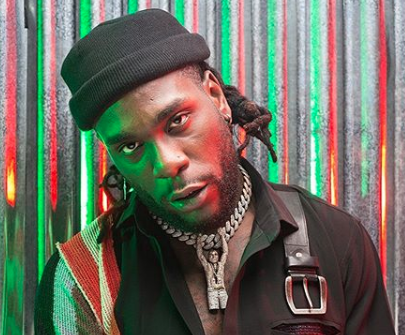 In the nation's returned frustration towards Burna Boy we forgot one important fact; he is a man whose reality is affected by xenophobia, the root of this entire problem, the writer says.
Image: Instagram

Everyone is capable of discrimination, and the philosophical argument is that discrimination is often the result of our ignorance.

In the case of the September 2019 riots in South Africa, a number of locals took to the streets to loot shops owned by foreign nationals.

We could argue the moral ethics of the xenophobic attacks for days but the biggest benefactor in the already heated topic is social media.

Reacting to information he got from multiple sources, including social media, Nigerian rapper Burna Boy tweeted out of anger towards content that was evidentially fake news. This had a ripple effect and riled not only fellow celebrities but other social media users as well.

Burna Boy's role in this reaction was further exacerbated by South African rapper AKA, who stirred the pot by sharing an equally charged frustration, creating an unforgettable exchange between the two African artists whose growing loathing for each other could make the architects of colonialism salivate in their graves.

Anti-xenophobia concert Africans Unite has been cancelled following public outcry over Nigerian megastar Burna Boy being featured on the line-up.
Entertainment
2 years ago

In the nation's returned frustration towards Burna Boy we forgot one important fact; he is a man whose reality is affected by xenophobia, the root of this entire problem.

In the case of what has now become SA vs Nigeria, we have two sides of the fence that are seemingly lusting over each other's barren pastures. So who is the underprivileged?

A 2019 survey released by the UN and American advisory company titled The Happiness Report shows that Nigeria, through technologies, social norms, conflicts and governmental policies, is by far richer than SA. Which reflects the economy of both countries where we trail behind.

It is then understandable that there is an existence of frustrations from locals in SA in relation to foreigners who have sought better opportunities on their land.

When Burna Boy continues to react to an issue even when peddling a misinformed opinion, he perpetuates contentions that can easily be quelled through discourse or confrontation.

Burna Boy's ignorant moment overshadows his desire for a united Africa. Instead all we are aware of is Burna Boy's victim mentality where South Africans will always be a source of violent discrimination.

One could argue that Burna Boy was too arrogant to address (let alone apologise) for the misinformation he perpetuated to the millions he is able to influence not just artistically but politically as well.

What remains in an unresolved hatred between South Africans and Nigerians is now muddled in a tiff between two rappers.

If artists who are an integral part of trade, commerce and entertainment are unable to come together to communicate, what becomes of the everyday citizen?

As Africans we have been sources of aid to each other in times of need but we have also become the cause of each other's suffering.

When looking at the continued rise of rap or trap music that favours self-gratification and status symbols, Burna Boy and AKA are examples of modern day aristocrats who are more concerned with sampling their blackness than speaking about it.

We are eating the cake from two artists who can inform the public about political issues in their countries but do not, and who are now personalising serious issues and peddling misinformed opinions.

If rap is a genre that is politically loaded and capable of social critique, then has it not failed if two of its biggest stars can't use it to discuss the plight of their respective countries?

We round up the hottest fads spotted on the MTV EMAs red carpet.
S Mag
2 years ago

Nasty C loses out on BET award to Sarkodie